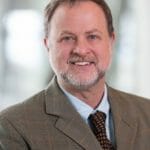 Professor Levy is a licensed Adjunct Professor of Rheumatology at The State University of Rio de Janeiro, Brazil, where he started working in 1996.

• He completed a fellowship program in Rheumatology in 1989 at HSS/Cornell Medical College and received his PhD in Immunology/Biological Sciences from The Federal University of Rio de Janeiro in 1994.

• Professor Levy’s research concerns the clinical and immunological aspects of Systemic Lupus erythematosus (SLE), antiphospholipid syndrome (APS), and Sjögren syndrome. He has a special interest in and published works on the interplay between pregnancy and autoimmune diseases.

• He participated in the BLISS-52 study as a principal investigator, as well as in the BASE study, in addition to a large experience in clinical trials for SLE and other rheumatic diseases.

• He is a member of several scientific journals’ editorial boards, published 3 books, and contributed to many more. He has presented at rheumatology conferences and has published over 160 scientific papers in peer-reviewed journals with over 9900 citations and an h-index of 43.

• He has organized regional and international congresses and has participated in several guidelines’ elaborations and the APS classification criteria.

• Professor Levy joined GSK in early 2018 and is currently a Global Medical Expert in the Specialty and Medical Care franchise, based in Upper Providence, Philadelphia, US.

All articles by Roger Levy, MD

An immunologist proposes a standard definition for “disease modification” in systemic lupus erythematosus to establish treatment targets in clinical trials and clinical practice.