Kevin Y. Xu, M.D., from the Washington University School of Medicine in St. Louis, and colleagues evaluated the distribution of buprenorphine and naltrexone initiation among individuals with OUD with and without cooccurring substance use disorder (SUD). The analysis included insurance claims from the IBM MarketScan databases (2011 to 2016) for treatment-seeking individuals (aged 12 to 64 years; 179,280 individuals) with a primary diagnosis of OUD.

“These findings suggest that individuals with cooccurring SUDs were less likely to receive buprenorphine despite buprenorphine’s association with protecting against overdose in this population,” the authors write.

One author disclosed financial ties to the pharmaceutical industry. 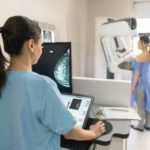