A study published in the Journal of Affective Disorders found that individuals with symptoms of depression were more sensitive to missed opportunities.

Individuals with depression, defined as a Beck Depression Inventory Second Edition (BDI-II) score >13, and healthy controls were recruited for this study at the Shaanxi Normal University in China. Participants underwent a sequential risk-taking task with or without an attentional deployment manipulation. Emotional sensitivity and attentional deployment were evaluated in 2 experiments using self-rated emotions and electroencephalogram.

A post hoc analysis found that focusing on the positive part of a missed opportunity caused an increase in alpha power in the parietal area than when focusing on the negative aspects (P =.025) or during the control condition (P =.039).

Significant correlations were observed between emotional sensitivity to a missed opportunity and the amplitude of late positive potential among patients in the depression cohort (r, 0.471; P =.036) but not the healthy controls (r, -0.155; P =.480).

The major limitations of this study were the small sample size and the gender imbalance.

Study authors concluded, “Together, the current study revealed that depressive individuals were more sensitive to missed opportunity, and late positive potential was a biomarker of this sensitivity. Moreover, focusing on the positive part of outcome was an effective way to reduce depressive individuals’ emotional sensitivity to missed opportunity and alpha power in the parietal area played a vital role in this process.” 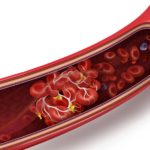