A 34-year-old woman presents to her obstetrician at 15 weeks’ gestation with complaints of worsening pruritus that began 7 weeks prior. This is the patient’s first pregnancy and she describes her symptoms as “an internal itch that nothing can reach.” The pruritus is localized to the ankles and legs. She states that her past provider attributed her complaints to expected gestational hormone fluctuations and that it was too early to investigate other causes.

The patient has a history of cytomegalovirus (CMV) that occurred 9 years ago. She states her liver function tests (LFT) have been elevated since the illness but have not warranted concern from earlier clinicians. She has not had any alcohol in the past year while she was trying to conceive; previously, she consumed a glass (5 oz) of red wine daily. Physical examination reveals extensive bruising and excoriations on the extremities but is otherwise unremarkable. No sign of hepatomegaly is observed and the patient denies abdominal pain, nausea, vomiting, or diarrhea.

Laboratory tests are conducted to rule out reactivation of CMV or other liver problems such as hepatitis, Epstein-Barr virus (EBV), and parvovirus. The results of the laboratory tests are negative and she is tested for alpha-1 antitrypsin deficiency, which is positive. Her liver function tests continue to be elevated presumably from her past CMV infection. She is treated conservatively for intrahepatic cholestasis of pregnancy (ICP) despite serum bile acids (2.04 µg/mL) within the normal range (0.3-2.3 µg/mL) at 15 weeks. Ultrasound and biopsy of the liver are deemed inappropriate at the time of diagnosis.

Intrahepatic cholestasis of pregnancy is the most common liver disease of pregnancy with an incidence ranging from 0.1% to 15.6% worldwide.1 It is characterized by diminished hepatic function and increased serum concentration of bile acids.1 Symptoms of ICP typically present in the late second or third trimester of pregnancy and begin with marked pruritus.2 In rare instances, ICP symptoms can begin as early as 7 weeks gestation.3

In patients with ICP, pruritus often initially precedes changes in laboratory values, with abnormal findings occurring sometimes weeks after initial presentation.4 Elevation in the total bile acids level may be the first and only laboratory indicator of ICP; levels of >4 µg/mL are considered diagnostic.3 Because no confirmed marker specific to ICP exists, the condition is considered a diagnosis of exclusion.5 A normal pregnancy may elicit symptoms such as pruritus; however, pruritus localized to the palms of the hands and soles of the feet warrants a hepatic workup.3 Once a pregnant patient presents with these symptoms, the clinician needs to rule out CMV, HELLP (hemolysis, elevated liver enzymes, low platelet count) syndrome, and hepatitis.3 Ultrasound of the liver is typically unremarkable and biopsy is unnecessary.3

The disease is associated with increased risk of preterm birth, respiratory distress syndrome, meconium staining, neonatal intensive care unit (NICU) admission, fetal distress, and stillbirth.6 The average incidence of stillbirth is 1.5% in patients with ICP.1 Increased risk of stillbirths in the setting of ICP has been correlated with a peak total bile acids of >40.8 µg/mL.2 Concentrations this high are especially rare, and patients with lower peak values of <16.3 µg/mL should expect risks similar to that of a normal pregnancy.2

Intrahepatic cholestasis of pregnancy is generally regarded as a self-limited disease with resolution of symptoms typically occurring within 2 to 3 weeks following the delivery of the placenta.2 At present, induction of preterm labor is the only way to minimize adverse outcomes.7 Ursodeoxycholic acid (UDCA) is prescribed to expectant mothers with ICP as standard of care despite insufficient statistically significant evidence of its disease-modifying effects.7 Therefore, treatment is typically focused on monitoring the fetus for distress throughout gestation using routine ultrasonography and cardiotocography.2 Monitoring serum bile acids and transaminases, and collecting a coagulation profile weekly allow monitoring for disease progression.2

In a retrospective cohort study by Puljic et al, researchers conducted a risk assessment to identify the most appropriate time to induce labor in women with ICP.6 Their goal was to maximize gestation times to minimize risks associated with iatrogenic birth while minimizing stress to the fetus caused by the pathology. The study found that 36 weeks was the most successful gestational age to induce labor while limiting adverse outcomes.6 Corticosteroids are often employed at the 34th week to support fetal respiratory development prior to induction.2 Once a diagnosis of ICP is made there is a 60% chance of recurrence of symptoms, often more severe, in future pregnancies.2

The patient with intrahepatic cholestasis of pregnancy in this case was referred to a hepatologist and perinatal specialist where she was monitored every 3 weeks in addition to weekly appointments with her obstetrician. The patient was prescribed ursodeoxycholic acid (UDCA) 300 mg twice a day at the time to help prevent or delay liver damage. Her pruritus was managed with hydroxyzine, diphenhydramine, and cetirizine; with minimal relief. She also reported fatigue from insomnia caused by the pruritus.

Corticosteroids were employed at the 34th week of gestation to support fetal respiratory development with presumed early induction of labor. Labor was induced at 35 weeks without signs of prior fetal distress. The placenta was notably calcified. The infant was monitored in the NICU for 8 days with meconium staining but faced no serious longitudinal complications. The patient reported cessation of pruritus within 24 hours of delivery.

The patient expressed frustration with rejection from providers of her initial suggestion of cholestasis due to early symptom onset, with most ICP diagnoses being made in the third trimester. She was informed that, given the severity of her disease and age, she would likely experience a recurrence during a second pregnancy or use oral contraceptives.

Her LFTs have not returned to baseline at 1 year following delivery. She continues to be followed by hepatology. The severity of her condition was attributed to past CMV infection and alpha-1 antitrypsin deficiency.

Patients with intrahepatic cholestasis of pregnancy most often present in the late second or third trimester with marked pruritus of the hands and feet; however, rare severe cases can present as early as 7 weeks. Therefore, the diagnosis should not be excluded due to time of onset. Pruritus may precede deviations in bile acids, so repeat testing may be required to rule out ICP. The disorder is associated with increased risk of perinatal adverse effects, including stillbirth. The diagnosis requires consistent monitoring throughout the gestation, so clinicians should refer patients to a hepatologist and perinatal specialist for continuation of care.

From the May/June 2022 Issue of Rheumatology Advisor 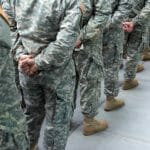