HealthDay News — Between 2008 and 2017, there were nationwide increases in gender-affirming surgery (GAS), with an accompanying payer shift from self-pay to private or government insurance, according to a research letter published online May 4 in JAMA Surgery.

Sacha C. Hauc, from the Yale School of Medicine in New Haven, Connecticut, and colleagues examined shifts in GAS by region and insurance use during periods when key antidiscrimination policies took effect. The analysis included 6,627 transgender patients, of whom 603 underwent GAS between 2008 and 2017.

“Despite recent improvements, access to GAS remains limited,” the authors write. “Policies supporting insurance coverage for gender-affirming care may have a role in expanding access to GAS.” 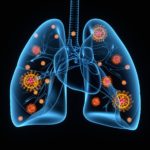