HealthDay News — The impact of breathing diesel exhaust fumes may be more severe among women than men, according to a study presented at the European Respiratory Society International Congress 2022, held from Sept. 4 to 6 in Barcelona, Spain.

Hemshekhar Mahadevappa, Ph.D., from the University of Manitoba in Winnipeg, Canada, and colleagues examined sex-related differences in plasma profile in response to low, real-world concentrations of diesel exhaust. Analysis included data from five male and five female healthy, never-smokers who were exposed to either filtered air or diesel exhaust (20, 50, 150 μg PM₂.₅/m³) for four hours, with a four-week washout period between each exposure.

The researchers found that the abundance of 52 proteins in men and 153 proteins in women were significantly altered in plasma following exhaust exposure versus filtered air. For 91 exhaust-related proteins, sex was a significant effect modifier broadly within functional groups of inflammation, oxidative stress, hemostasis, cardiovascular disease, and host defense peptides. Some of these sex effects were concentration dependent, which were robust at 150 μg PM₂.₅/m³ of diesel exhaust.

“This is important as respiratory diseases such as asthma are known to affect females and males differently, with females more likely to suffer severe asthma that does not respond to treatments,” a coauthor said in a statement. “We need to know a lot more about how females and males respond to air pollution and what this means for preventing, diagnosing and treating their respiratory disease.” 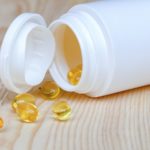