CHICAGO — A genetic risk score may be clinically useful for the early diagnosis of ankylosing spondylitis (AS), and incurs lower costs than current testing methods, according to data presented at the 2018 ACR/ARHP Annual Meeting, held October 19-24, in Chicago, Illinois.1

The performance of the risk score was confirmed in European and East Asian populations, and in Turkish and Iranian cohorts. Investigators tested discriminatory capacity by receiver operating characteristic analysis, reported as area under the curve (AUC).

“Our findings show that [a genetic risk score] has high discriminatory capacity and could be of clinical utility in early diagnosis at lower cost than MRI,” stated coauthor Zhixiu Li, PhD, research fellow, Queensland University of Technology Institute of Health and Biomedical Innovation. “In addition, AS [genetic risk score] could also be applied to identify individuals with high risk of developing AS before major symptoms appear. It could also be applied to patients with arthritic symptoms, but without a clear diagnosis.”2

“We think we can improve the [genetic risk score] further, and are working on optimizing it using different statistical approaches,” Dr Li added. “We also are looking at how [genetic risk score] performs when combined with other clinical features or test results to further improve the power of detecting AS patients. Even without these improvements, this test performs significantly better than the current genetic test used for AS, typing HLA-B27, yet it has a very similar cost. Therefore, I think it should be applied in the clinic now.”2 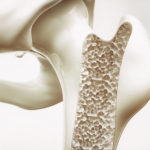