ATLANTA — Patients with osteoarthritis (OA) who are switched from nonsteroidal anti-inflammatory drugs (NSAIDs) to tanezumab experience improvement in pain and physical functioning, according to research results presented at the 2019 American College of Rheumatology/Association of Rheumatology Professionals (ACR/ARP) Annual Meeting, held November 8 to 13, 2019, in Atlanta, Georgia. Investigators also found that the safety and tolerability profile of tanezumab was consistent with prior studies.

Researchers examined the general efficacy, safety, and tolerability of switching from NSAID use to subcutaneous tanezumab, instead of further oral NSAID treatment in patients with OA and moderate to severe pain.

Data from patients with either hip or knee OA were included, according to the ACR criteria with x-ray confirmation, baseline Western Ontario and McMaster Universities Osteoarthritis Index (WOMAC) Pain and Physical Function subscale scores of ≥5, baseline Patient’s Global Assessment of OA (PGA-OA) of “fair,” “poor,” or “very poor, and a history of inadequate pain relief with acetaminophen or tramadol, or unwillingness to take an opioid.

“Patients who switched from NSAID to tanezumab 5 mg…had greater improvement in OA pain and physical function…at week 16 than patients who continued NSAID therapy,” the researchers concluded. “Differences in efficacy end points between tanezumab 2.5 mg subcutaneous and NSAID did not reach statistical significance.” 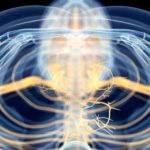