Patients with axial spondyloarthritis (axSpA) and its related immune-mediated diseases share a taxonomic microbiome signature, according to study results presented at the American College of Rheumatology (ACR) Convergence 2021, held virtually from November 3 to 10, 2021.

Researchers aimed to characterize the shared gut microbiota signature for axSpA and its related diseases, and for each individual disease.

Among patients with axSpA and AAU, the dominant phylum was Firmicutes, followed by Bacteroidetes and Actinobacteria. Among patients with CD, Firmicutes was also dominant; however, Proteobacteria was richer than Actinobacteria. Compared with control participants, patients shared a gut microbiome signature at the genus level, which included enrichments in Veillonella and Lactobacillus, as well as a strong depletion of Blautia and other Firmicutes like Fusicatenibacter, Lachnospiraceae FCS020, and Roseburia.

When comparing separate disease phenotype, patients with CD has different genera compared with control participants, which primarily included depletions in Clostridiales (Roseburia, Coprococcus, Ruminococcaceae) and enrichments of pathogen-harboring genera such as Escherichia-Shigella and Fusobacterium. Patients with axSpA had a unique enrichment of Collinsella and depletion of Cupriavidus. Participants with HLA-B27 had an enrichment in several Firmicutes, primarily Faecalibacterium, as well as Rominococcaceae and Lachnospiraceae NK4A136. Many of these enrichments were shared among patients with AUU, including significantly increased Coprococcus.

Researchers concluded, “There is a robust shared taxonomic signature among related immune-mediated diseases, in addition to individual disease phenotype signatures.” 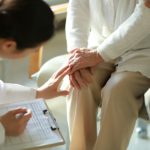