Transcriptomic differences between patients with systemic lupus erythematosus (SLE) with and without avascular necrosis (AVN) suggest that such changes may be linked to differential responses of osteoclasts to glucocorticoids (GCs), according to study results presented at the American Society for Bone and Mineral Research (ASBMR), held from October 1 to 4, 2021, in San Diego, California, and real-time virtually.

Recognizing that AVN is associated with the death of bone tissue and the underlying diagnosis in approximately 10% of hip replacement surgeries, the researchers of the current study sought to understand the pathogenesis of GC-induced AVN, the most common cause of AVN that is linked to severe pain and a compromised quality of life.

A total of 25 patients with SLE receiving treatment with GCs were enrolled in the current study, among whom 18 had AVN. Clinical parameters, including mean age, body mass index, disease duration, maximum GC dose, mean cumulative GC dose, and use of pulsed intravenous GCs, were similar among patients with and without AVN.

Results of the study showed that cells from patients with SLE and AVN differentiated into osteoclasts, revealing reduced sensitivity to GC treatment and diminished bone resorption activity. Transcriptomic analysis demonstrated that AVN osteoclasts had altered GC signaling, a high interferon (IFN) signature, and a higher expression of CXC motif chemokine ligand 10 (CXCL10). Consequently, serum CXCL10 was significantly higher in the group with vs without AVN. In addition, the CD4/CD8 T-cell ratio was significantly lower in the group with vs without AVN.

The researchers concluded that the results of this study helped identify the enhanced functional negative feedback loop between IFNs and GCs in osteoclasts among patients with AVN. They added, “Our study provides new insights into a potential cellular mechanism for AVN.” 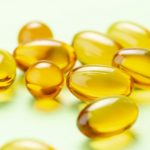