Baseline Disease Activity Score of 28 joints (DAS28) and mental health states both predicted flare events in patients with rheumatoid arthritis (RA) with low disease activity, according to data presented at the European League Against Rheumatism (EULAR) Congress held in Amsterdam, June 13 to 16, 2018.1

“[Depression] is an independent predictor for flare in patients with active disease and is negatively associated with remission,”2 the researchers wrote.1 “To date, there are no studies directly addressing the role of depression, anxiety, or low mood in predicting flares in patients tapering their biological therapy.”

Flare was the primary outcome, defined as an increase in DAS28 ≥0.6 and at least 1 additional swollen joint. The researchers used logistic regression to identify patient-reported outcomes that predict flare, adjusting for baseline covariates (age, gender, treatment group, DAS28, and BMI).

In the study, 97 participants were randomly assigned to a group of either a 33% or 66% tapering of their anti-TNF dose. The majority of the participants were on methotrexate in combination with anti-TNF therapy (n=67; 69%). The median disease duration was 11 years (interquartile range, 7 to 17 years).

“Baseline DAS28 and mental health predict flare events in patients [with low disease activity] who taper their anti-TNF agents,” the researchers wrote. “Other psychological and functional states, measured by patient-reported outcome, do predict flare events, although the effect size is small and does not persist when adjusting for known predictors.”

The researchers concluded that based on these results, clinicians should consider assessing functional and mental health states before biologic tapering. 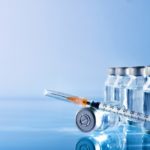