Treatment with tumor necrosis factor inhibitors (TNFis) vs methotrexate alone is not associated with a decreased risk for progression to psoriatic arthritis (PsA) in patients with psoriasis, according to study results presented at the European League Against Rheumatism (EULAR) 2020 E-Congress, held online from June 3 to 6, 2020.

To determine if treatment with TNFis vs methotrexate alone reduce the risk of developing PsA in patients with existing psoriasis, researchers from Oregon Health and Science University, School of Medicine, Portland, assessed data from all patients with psoriasis seen at their clinic from January 2006 to June 2019. Diagnosis of PsA was made by a rheumatologist. Continuous covariates and categoric covariates were compared by the Student’s t-test and Pearson’s chi-squared test or Fisher’s test, respectively.

During the study period, 22.7% of patients (n=35) developed PsA. After adjusting for propensity score, nail pitting, body surface area involved in psoriasis, and depression, the investigators found that treatment with TNFi did not significantly reduce the risk for PsA, as compared with treatment with methotrexate (HR, 0.68; 95% CI, 0.32-1.41).

“Use of TNFi was not associated with a statistically significant decreased risk of incident PsA compared to methotrexate in this study, but a larger cohort with longer follow-up will have better power to estimate the true association,” the researchers concluded. 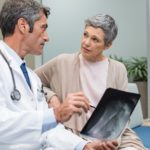