Toxic shock syndrome (TSS) is an acute, potentially life-threatening, condition characterized by fever, rash, hypotension, and multiorgan damage. It is caused by toxin-producing strains of Staphylococcus aureus and Streptococcus pyogenes (group A streptococcus), and each type of TSS is defined as follows:

Desquamation: 1-2 weeks after onset, especially of palms and soles

Multisystem involvement with or more of the following:

Gastrointestinal: vomiting or diarrhea at onset

Renal: blood urea nitrogen or creatinine twice the upper limit of normal, or urinary sediment with greater than or equal to five white blood cells per high-power field, in the absence of a urinary tract infection

Hematologic: platelets less than or equal to 100×109/L

Central nervous system (CNS): disorientation or alterations of consciousness without focal neurological signs, when fever and hypotension are absent

Negative results on the following tests:

Diagnosis is considered definite if all six criteria are met, and probable if five are met.

Isolation of group A β-hemolytic streptococci:

Hypotension: SBP less than or equal to 90mm Hg for adults or lower than the fifth percentile for age in children

Two or more of the following signs:

Renal impairment: creatinine greater than or equal to 2mg/dL for adults or twice the upper limit of normal for age

Coagulopathy: platelets less than or equal to 100×109/L or disseminated intravascular coagulation

The rash of TSS resembles a sunburn or scarlatiniform exanthem, and presents within 24-48 hours. It is more common in staphylococcal than streptococcal TSS. Desquamation, especially of the palms and soles, is a classic late finding of staphylococcal TSS that occurs 7-21 days after initial presentation. Hyperemia of mucous membranes and diffuse, non-pitting edema are also evident in both TSS types.

Laboratory abnormalities reveal organ dysfunction as described in the clinical case definitions. Positive cultures are found in 60% of streptococcal TSS cases and less than 5% of staphylococcal ones.

A skin biopsy is usually not necessary, as the diagnosis of TSS is based on clinical evidence. In those equivocal cases where a biopsy is performed, histopathology reveals a mild perivascular and interstitial inflammatory infiltrate. Epidermal necrosis or subepidermal bullae may be evident (see Figure 1).

Diagnoses that can be distinguished by antibody titer include Rocky Mountain spotted fever, leptospirosis, and measles.

Finally, TSS must be distinguished from a severe drug reaction such as early toxic epidermal necrolysis (TEN) or drug rash with eosinophilia and systemic symptoms (DRESS) (temporal association with offending drug).

Staphylococcal TSS came to public attention in 1980 when an increased incidence was associated with the use of highly absorbent tampons in young healthy women. At that time, incidence was reported as 6.2-12.3 cases per 100,000 individuals per year. With changes in tampon usage, incidence has decreased to 0.9-3.4 cases per 100,000 individuals per year. Currently, half of all cases are associated with tampon use during menstruation.

Nonmenstrual cases of staphylococcal TSS also tend to occur in females and in younger individuals, including children. It can occur after there is a breach in barrier function because of surgical wounds, postpartum or postabortion conditions, burns, or impetigo. Postoperative cases usually occur within 48 hours of surgery and are most common after ear, nose, and throat surgery.

Streptococcal TSS is associated with deeper soft-tissue infections such as blunt trauma, necrotizing fasciitis, myositis, septic joint, or deep surgical site. Predisposing factors include nonsteroidal anti-inflammatory drug use, varicella infection, and chronic illness. The incidence of streptococcal TSS is 1.5-5.2 cases per 100,000 inhabitants per year, and it affects both men and women. There is a bimodal age distribution, with most patients being less than 2 years or greater than 65 years of age. The condition occurs 1.6 times more commonly in non-Caucasian patients.

Three requirements are needed for TSS to occur: the presence of toxigenic S. aureus orgroup A Streptococcus (GAS), a breach in skin or mucosal barriers, and a lack of protective antibodies.

As superantigens, these toxins activate a cascade of cytokines and immune cells by binding as unprocessed proteins directly to the MHC class II molecule and T-cell receptor, thus bypassing the usual means of MHC-restricted antigen processing. In this way, a robust immune response ensues, resulting in tissue injury, decreased peripheral vascular resistance, and multiorgan dysfunction.

When there is a breach in barrier function, S. aureus and GAS superantigens are able to enter the bloodstream of patients colonized or infected with toxigenic bacterial strains; however, host response plays a role in the pathogenesis of TSS, as not all patients exposed to superantigens progress to TSS.

The lack of protective antibodies to superantigens is a major risk factor for developing TSS, which is influenced by factors such as MHC class II haplotype. Specifically, the DRB1*14/DQB1*05 haplotype is associated with predisposition to TSS, whereas the DRB1*15/DQB1*06 haplotype is protective. The effect of estrogen on superantigen-mediated shock is currently under investigation, but likely explains the slight female preponderance of even non-menstrual TSS cases.

TSS can be life threatening, as it affects many organ systems. If not diagnosed and treated promptly, the condition can progress to multiorgan failure and death. Staphylococcal TSS has a mortality of 3%-22% in adults and 3%-5% in children. Fatality in streptococcal TSS is higher, ranging from 23%-80% in adults and 5%-10% in children.

In patients who survive TSS, the sequelae of poor arterial perfusion can occur, such as dry gangrene, loss of digits, and renal compromise. During the recovery period, Beau’s lines, nail shedding, and telogen effluvium may occur and resolve with time. Prolonged fatigue, arthralgias, and difficulty in concentration have also been reported.

Treatment options as summarized in Table I.

Immediate intervention and supportive care is required as in any case of shock. Resuscitation with intravenous fluids is imperative. Do not hesitate to use vasopressors, inotropes, intubation, and mechanical ventilation, if necessary.

A thorough search for any nidus of infection should be performed. Remove all foreign bodies, drain any abscesses, and surgically debride any wounds, even if they do not appear infected.

Begin intravenous antibiotics to cover S. aureus (including MRSA, if indicated) and GAS, and tailor accordingly if culture results are positive. A good therapeutic strategy is to choose antibiotics that decrease superantigen production. As such, clindamycin (25-40mg/kg/day in three or four divided doses) is considered a first-line agent, since it inhibits protein synthesis.

Other first-line therapies include vancomycin (10-20mg/kg/day in one or two divided doses) to cover MRSA until sensitivities are known, and penicillin G (200,000-400,000U/kg/day in four to six divided doses) for GAS. As resistance to glycopeptides is increasing for MRSA, linezolid, daptomycin, and tigecycline can be used as second-line agents since they are active against both MRSA and GAS. Administer antibiotics for 10-14 days.

If no response from supportive care is seen after 6 hours, begin intravenous immunoglobulin (IVIG). IVIG neutralizes superantigens and improves survival. Studies have used doses of 1-2g/kg once, or 1g/kg on day one, followed by 0.5g/kg on days two and three. Variation in the neutralizing ability of different brands of IVIG exists, and trials indicate that higher doses may be required in staphylococcal TSS. Doses should be adjusted in order to achieve clinical efficacy.

Drotrecogin alfa, a recombinant activated protein C first used in humans in 2001, may also be used as adjunctive therapy because of its anti-inflammatory and anticoagulant effects. It has been found to improve survival and is part of the treatment bundle in the Surviving Sepsis Campaign. Current suggestions are to administer drotrecogin alfa within the first 24 hours of onset of severe sepsis only in adult patients with multiorgan damage and a high risk of death. Dosage recommendations are 24μg/kg/hr, administered continuously for 96 hours. Studies are currently investigating its use in pediatric patients.

The use of systemic corticosteroids as adjunctive therapy in shock is controversial. Low-dose corticosteroids offer hemodynamic improvement but do not affect survival. High-dose steroids (>300mg hydrocortisone daily) are not advised, as they do not improve survival and may increase secondary infections. Current recommendations are to consider low-dose hydrocortisone only in patients with severe septic shock within 24 hours of onset of illness. Recommended doses are 200mg/day of hydrocortisone, divided into four doses, or a bolus of 100mg, followed by continuous infusion. After 7 days of treatment, tapering can then be performed by halving the dose every 2 to 3 days.

Therapies on the horizon for adjunctive treatment in sepsis include toxoid vaccines that have been found to induce toxin-specific neutralizing antibodies in rabbits. Peptides that block an area of homology in the tertiary structure of superantigens are also being researched. Finally, a monoclonal antibody against TSST-1 shows promise in animal models.

Explain to patients and family members that TSS is a potentially life-threatening condition. All organs are at risk of damage, and treatment must be prompt and aggressive in order to minimize morbidity and mortality. If patients fail to respond to supportive care, then adjunctive therapy with IVIG, drotrecogin alfa, or systemic corticosteroids should be considered within 24 hours of onset of illness. These medications are expensive and carry risks, and therefore should only be used in patients in septic shock with a high risk of death.

Recurrence is possible in menstrual-related staphylococcal TSS and has been reported in as many as one-third of patients. At-risk patients should be identified through antibody testing. Preventive measures include antistaphylococcal antibiotics and avoidance of tampons.

TSS in profoundly immunocompromised individuals can lack the mucocutaneous findings normally seen in TSS such as mucosal hyperemia, erythematous rash, and desquamation. It is thought that superantigens activate T cells, which in turn release cytokines that cause cutaneous damage. Therefore, a diagnosis of TSS should be kept in mind in patients who have practically no T cells such as those on high-dose chemotherapy or patients with AIDS, if they present with all of the classic findings of TSS except mucocutaneous signs. Treatment remains the same in these patients, as successful therapy has been achieved with supportive care and IVIG.

Chuang, YY, Huang, YC, Lin, TY. “Toxic shock syndrome in children: epidemiology, pathogenesis and management”. Pediatr Drugs. vol. 7. 2005. pp. 11-25. (An excellent review of TSS in general, as well as a summary of all pediatric cases of TSS published in English from 1982 to 2007. There is also a discussion of the recent developments in the adjunctive treatment of shock.)

Levy, MM, Dellinger, RP, Townsend, SR, Linde-Zwirble, WT, Marshall, JC, Bion, J. “The surviving sepsis campaign: results of an international guideline-based performance improvement program targeting severe sepsis”. Intensive Care Med. vol. 36. 2010. pp. 222-31. (A multicenter campaign, implementing guidelines for management of severe sepsis and septic shock, with subsequent analysis of compliance and mortality. The authors found that drotrecogin alfa improved survival in those with septic shock, whereas low-dose steroids had no effect on mortality. There was no discussion on the use of IVIG.)

Toussaint, S, Gerlach, H. “Activated protein C for sepsis”. N Engl J Med. vol. 361. 2009. pp. 2646-52. (A nice case vignette with discussion of the use of activated protein C in sepsis. The authors suggest using drotrecogin alfa in adult patients with severe sepsis associated with a high risk of death as long as there are no contraindications.)

Keh, D, Weber-Carstens, S, Ahlers, O. “Adjunctive therapies in severe sepsis and septic shock: current place of steroids”. Current Infect Dis Reports. vol. 10. 2008. pp. 354-61. (An excellent analysis of the use of systemic corticosteroids in cases of sepsis and septic shock. The authors recommend low-dose hydrocortisone only in patients with severe septic shock, though low-dose steroids have not been found to improve survival.) 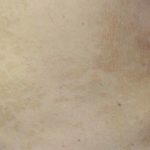