Standardized bone mineral density (BMD) monitoring may not be necessary in adult patients who were treated for pediatric differentiated thyroid carcinoma (DTC), according to research results published in Thyroid.

Children with DTC, considered a rare disease, receive thyrotropin (TSH) suppressive therapy in order to minimize disease recurrence. Despite this, there is there is limited knowledge about the long-term effects of subclinical hyperthyroidism caused by TSH suppressive therapy on BMD, as well as on long-term consequences on permanent hypoparathyroidism, which can be a complication in some following treatment.

Researchers conducted a nationwide, long-term follow-up study of a pediatric DTC survivor cohort in the Netherlands. The primary outcome was change in lumbar spine and femoral BMD in pediatric patients treated with thyrotropin suppressive therapy; secondary outcomes were the long-term effects of permanent hypoparathyroidism on BMD with and without this complication following surgery.

A total of 105 pediatric patients were identified; 65 of them (61.9%) were eligible for the first evaluation, which took place between November 2012 and September 2014. These 65 patients did not differ significantly from the 40 noneligible patients in terms of clinical or treatment characteristics. All participants were asked to participant in a second evaluation (November 2018-January 2020);46 patients (70.8%) agreed to participate.

Median age at diagnosis was 15 years (interquartile range [IQR], 13-17) and median age at first evaluation was 32 years (IQR, 24-40). All patients underwent total thyroidectomy and 95.7% received therapy. Median follow-up time was 17 years (IQR, 8-25). Just over 27% (18 patients) had been diagnosed with permanent hypoparathyroidism. Among those with available TSH values, 29% had subclinical hyperthyroidism, and median BMI of all 65 participants was 23.6 kg/m2.

No statistically significant differences in either clinical or treatment characteristics and BMI values were seen between patients who underwent 1 vs 2 evaluations. Among those who completed both evaluations, 87% were women; median age at diagnosis was 16 years, and median age at first evaluation was 34 years. TSH levels at the time of BMD measurement did not differ.

Within the whole cohort, the median BMD values were within the reference range in most participants. Z- and T-scores of 12 patients with subclinical hyperthyroidism did not differ from the 29 patients until first evaluation.

Among those who completed both  evaluations, no differences between median Z- and T-scores were noted, nor were any significant differences noted by gender.

Over the whole follow-up period, no differences were seen between groups with declining T- and Z-scores and the patients with stable or increasing scores.

Bone turnover markers in patients with and without permanent hypoparathyroidism showed significant differences only during the first evaluation, where PINP Z-score was significantly lower.

Study limitations include the small sample size of patients with permanent hypoparathyroidism and postmenopausal status and limited TSH data.

“After 23.5 years of follow-up, a lower BMD was found in 13% compared to controls,” the researchers concluded. “Based on the studied follow-up period, these data do not provide convincing evidence in support of standard monitoring of bone mass among [differentiated thyroid carcinoma] survivors but may be restricted to individual cases at low frequency.” 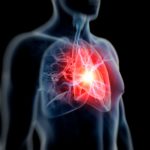