The risk of cytokine release syndrome (CRS) after chimeric antigen receptor (CAR) T-cell therapy may vary by ethnicity and body mass index (BMI), according to research presented at the 2021 AACR Conference on the Science of Cancer Health Disparities in Racial/Ethnic Minorities and the Medically Underserved.

For this study, Paul Borgman III, of the National Cancer Institute in Bethesda, Maryland, and colleagues retrospectively reviewed 5 phase 1 trials of CAR T-cell therapy in children and adults with B-cell malignancies.

The incidence of grade 3 or higher CRS in obese patients was nearly double the incidence in non-obese patients — 32.1% and 16.6%, respectively — but this difference was not statistically significant (P =.067).

“We had very interesting findings where certain groups were experiencing grade 3 and over CRS at very high rates,” Mr Borgman said. “Those definitely warrant further investigation because those are clinically relevant findings.” 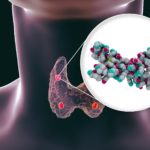