Patients with neuropsychiatric systemic lupus erythematosus (NPSLE) often present with a variety of complex neurologic symptoms, which might include seizures, psychosis, and varying degrees of cognitive impairment, making NPSLE one of the most severe clinical manifestations of systemic lupus erythematosus (SLE). Because the symptoms of NPSLE are nonspecific and overlap with those of other psychiatric disorders, diagnosis continues to be challenging.

Researchers from Singapore and China recently reported identifying several cerebrospinal fluid (CSF) biomarkers that have the potential to facilitate identification of patients at risk of developing NPSLE and potentially diagnosing it when neuropsychiatric symptoms start to manifest.1

“There is no single diagnostic test to establish the diagnosis of NPSLE yet, but possible associations between various autoantibodies (Abs) and NPSLE have been suggested by previous studies, with the magnitude of such associations varying between studies,” said the study’s lead author Yanxia Lu, PhD, assistant professor in the Department of Clinical Psychology and Psychiatry at the School of Public Health at Zhejiang University College of Medicine in Zhejiang, China, in an email interview with Rheumatology Advisor.

“We conducted a meta-analysis that pooled data on serum and CSF levels and positivity of Abs in patients with NPSLE and SLE to assess the presence of individual Abs in the CSF and serum of NPSLE patients and their associations with the 19 specific neuropsychiatric syndromes in the 1999 American College of Rheumatology (ACR) criteria,” Dr Lu said.

Dr Lu and colleagues’ meta-analysis included 41 studies and used a random effects model to evaluate the relationship between individual Abs levels in patients with NPSLE relative to those with SLE.

“Based on our findings, we recommend that patients with SLE be regularly monitored for aCL, LA, APL, anti-ribosomal P, and anti-neuronal antibody titres, as they may be useful in identifying patients at risk of developing neuropsychiatric symptoms,” Dr Lu said.

“Further research is required to determine the accuracy of using the aforementioned antibodies as an adjunct diagnostic tool in NPSLE.”

Lu and colleagues’ study indicates that patients with NPSLE have distinct serum and CSF antibody patterns that, therefore, may serve as useful complementary diagnostic markers.

The study only assessed associations for certain Abs and many others may play equally prominent roles in the development of NPSLE. The researchers were also unable to address the effects of known confounders, were lacking data that would have been useful in better assessing the strength of the associations they observed (eg, on race, possible confounders), and relied mostly on data from cross-sectional studies.

Regardless, until a diagnostic test is developed for NPSLE, Dr Lu and colleagues’ findings provide healthcare providers with another strategy for detecting this often elusive disease. 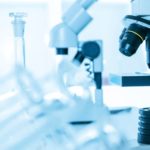