Sodium-glucose cotransporter-2 (SGLT-2) inhibitors were not associated with an increased risk of fracture when compared with dipeptidyl peptidase 4 (DPP-4) inhibitors or glucagon-like peptide 1 receptor agonists (GLP-1RA).

To determine the risk of fracture in new users of these antidiabetic agents, the study authors conducted a nationwide cohort study that included 137,667 Medicare beneficiaries. Study participants aged 65 years and older with type 2 diabetes and without a history of fracture were included in the analysis.

The main outcome of interest was a composite of nontraumatic pelvic fracture, hip fracture requiring surgery, or humerus, radius, or ulna fracture requiring intervention within 30 days. The incidence of falls, hypoglycemia, and syncope were designated as secondary outcomes.

“Our results add to the evidence base evaluating the safety profile of SGLT-2i in older adults outside of [randomized controlled trials] and further characterize the risk-benefit balance of SGLT-2i in clinical practice,” the authors concluded. 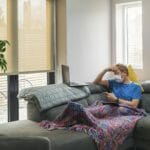