HealthDay News — The global burden of musculoskeletal disorders is considerable, but prevalence and disability-adjusted life years (DALYs) have decreased slightly since 1990, according to a study published online Nov. 4 in Arthritis & Rheumatology.

Saeid Safiri, Ph.D., from the Tabriz University of Medical Sciences in Iran, and colleagues used data from the Global Burden of Disease Study 2017 to examine the level and trends of prevalence, deaths, and DALYs due to musculoskeletal disorders across 195 countries and territories from 1990 to 2017.

“A global response is needed, and this should be integrated with other strategies that can address some of the modifiable and important risk factors of musculoskeletal disorders, including obesity, poor nutrition, smoking, and sedentary lifestyles,” a coauthor said in a statement. 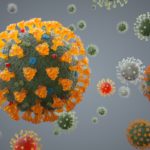