Inactivated influenza vaccine is associated with reduced risk for respiratory morbidity and mortality in patients with autoimmune rheumatic diseases (AIRDs), according to study results published in Rheumatology.1

Previous studies have indicated that AIRDs, including rheumatoid arthritis (RA) and spondyloarthritis, are associated with increased risk for influenza and its complications.2 In this study, researchers assessed the effectiveness of the inactivated influenza vaccine in preventing influenza-like illness, lower respiratory tract infection, pneumonia, chronic obstructive pulmonary disease (COPD) exacerbations, and death in adult patients with AIRDs.

Data from adults with AIRDs treated with immunosuppressive drugs in the 3-month period before September 1 of each year, 2006 to 2009, and 2010 to 2015 were identified in the Clinical Practice Research Datalink (CPRD). This study included data from the CPRD along with those from the Hospital Episode Statistics and Office for National Statistics databases. Propensity score for vaccination on September 1 of each year was calculated using previously published and validated methods. Cox proportional hazard ratio (HR) and 95% CIs were calculated to examine association between vaccination and first occurrence of each outcome of interest up to August 31 of the next year and were adjusted and matched for propensity score for vaccination.

Study results showed that vaccination reduced the risk for hospitalizations with pneumonia (adjusted HR [aHR], 0.59; 95% CI, 0.51-0.69), COPD exacerbations (aHR 0.59; 95% CI, 0.44-0.80), all-cause mortality (aHR, 0.52; 95% CI, 0.47-0.59), and death due to pneumonia in that influenza season (aHR, 0.47; 95% CI, 0.35-0.63). In addition, vaccination reduced the risk for primary care consultation for influenza-like illness (aHR, 0.75; 95% CI, 0.60-0.95) when the analysis was restricted to the period when influenza viruses circulated. When seasons with exposure to sulfasalazine alone were excluded, these associations did not change. However, the inactivated influenza vaccine did not reduce the risk for primary care consultations for lower respiratory tract infection and COPD exacerbations. 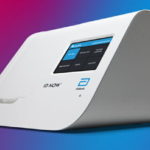