Among older men, low D3-creatine dilution (D3Cr) muscle mass/weight was observed to be associated with increased risk for hip fractures. These findings were published in the Journal of Bone and Mineral Research.

The Osteoporotic Fractures in Men (MrOS) study was a multicenter cohort study conducted between 2000 and 2002. Men aged 65 years and older without bilateral hip replacements were evaluated for baseline bone health. Between 2014 and 2016, survivors of the original MrOS cohort were invited to be re-evaluated for this analysis. Study participants (N=1363) were assessed for incidence of hip fracture, bone mineral density (BMD) via dual-energy x-ray absorptiometry (DXA) scan, D3Cr muscle mass/weight, and 10-year Fracture Risk Assessment Tool (FRAX) risk. Determination of D3Cr was accomplished by urine creatine concentration 3 to 6 days following a 30-mg dose of labeled creatine.

Stratified by quartile of D3Cr muscle mass/weight, an inverse relationship was reported between hip and major osteoporotic fractures. Men in the lowest quartile had higher rates of hip fractures (9.0 vs 2.4 per 1000 person-years [py]) and major osteoporotic fractures (19.0 vs 9.6 per 1000 py) compared with the highest quartile, respectively. A negative relationship between D3Cr muscle mass/weight and any fracture (37.3 vs 23.2 per 1000 py) or nonspine fracture (29.5 vs 18.1 per 1000 py) was not observed; however, men in the lowest quartile still had increased fracture rates compared with the highest quartile, respectively.

After accounting for muscle function and physical performance, the significant associations were attenuated; however, the relationship with hip and major osteoporotic fractures trended toward significance.

This study may have been limited by not adjusting for physical activity.

Disclosure: Multiple authors declared affiliations with the biotech or pharmaceutical industries. Please refer to the original article for a full list of disclosures. 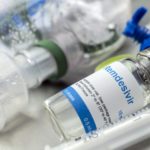