Among patients with rheumatoid arthritis (RA) treated with antitumor necrosis factor (TNF) agents, rates of low sustained remission and low disease activity are significantly different than when anti-TNF therapies were first available, according to research published in Rheumatology.

Researchers investigated the frequency of sustained remission and low disease activity in patients with RA who received treatment with anti-TNF therapies, as well as the predictors associated with these outcomes and how these outcomes have changed over 12 years.

Predictors of sustained low disease activity included baseline methotrexate use, increasing swollen joint count, recent initiation of anti-TNF therapy, and former smoker status, in both the whole cohort and the 2001-2010 subgroup. Additionally, for those in the 2001-2010 subgroup, higher patient global assessment scores were also linked with sustained low disease activity.

Study limitations included the observational nature of the study, potential unidentified selection biases, the differing sample size between the 2 subgroups, and a lack of stratification by anti-TNF agent.

“These results change assumptions about the treatment of [patients with RA] with anti-TNF and show that patients treated in clinical practice today and the associations with sustained remission and [low disease activity] are significantly different from when anti-TNF first became available,” concluded researchers.

Drs Hamann and Hyrich report disclosures. For a complete list, please see the full text of the study online. 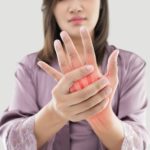