For patients with newly diagnosed rheumatoid arthritis (RA) being treated with methotrexate (MTX), autoantibody status is not associated with early remission, according to study results published in Rheumatology. These results indicate that MTX is an effective initial treatment for RA, regardless of autoantibody status.

The study included 1826 participants with RA who were initially treated with MTX from an international observational database (METEOR). Researchers stratified participants into autoantibody-positive (rheumatoid factor [RF]-positive, n=1554; or anticitrullinated peptide antibody [ACPA]-positive–, n=849) or autoantibody negative (RF and ACPA negative, n=117). They used Cox-proportional hazards regression to analyze the effect of autoantibody status on the chance of achieving remission within 3 to 6 months.

“The results from our study therefore do not support the hypothesis that treatment should be tailored to autoantibody status when it comes to initiating MTX therapy as first-line antirheumatic treatment,” the researchers concluded. 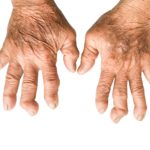