GP2017, an adalimumab biosimilar, was associated with a lower risk for withdrawal and higher 6-month remission rates compared with adalimumab biosimilar SB5 in patients with inflammatory rheumatic diseases, according to study results published in the Annals of the Rheumatic Diseases.

Danish National guidelines ordered a mandatory switch to biosimilar adalimumab for economic reasons in 2018. Available biosimilars included SB5, available in Denmark’s Western regions, and GP2017, available in the nation’s Eastern regions. As no head-to-head trials comparing the 2 adalimumab biosimilars had been conducted, researchers evaluated the comparative efficacy of the 2 biosimilars in 1318 Danish patients (median age, 56 years; women, 49%) with rheumatoid arthritis (RA), psoriatic arthritis (PsA), and spondyloarthritis (axSpA) who switched from the originator by November 2018.

The observational cohort study relied on data from the Danish DANBIO quality registry. The registry was established in 2000 and includes follow-up data of more than 95% of adult patients with rheumatoid diseases who have been treated with biological disease-modifying antirheumatic drugs.

The primary outcome of the head-to-head comparative study was the adjusted 1-year treatment retention rate, evaluated by Cox regression. The investigators also evaluated remission rates at 6 months and reasons for withdrawal. These data were retrieved from DANBIO.

After 1 year, a total of 8.5% had withdrawn from GP2017 and 12.9% of patients had withdrawn from SB5. Treatment withdrawal was primarily due to adverse events and lack of effect. More patients who had switched to SB5 withdrew from treatment due to remission and loss to follow-up, among other reasons.

A limitation of this study was the analysis of data for only Danish residents. As such, the findings may not be applicable across patients with rheumatoid diseases from healthcare settings in other regions.

Although the researchers suggest the findings may show “a true difference between the active drugs,” other explanations such as “differences in excipients, differences between clusters and residual confounding cannot be ruled out,” the study authors concluded.

Disclosure: Multiple authors declared affiliations with the pharmaceutical industry. Please refer to the original article for a full list of disclosures. 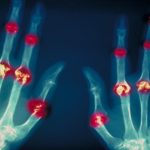