Short interruptions in the treatment of rheumatoid arthritis (RA) with baricitinib are associated with small increases in RA symptoms, but these symptoms generally resolve after retreatment, according to study results published in Arthritis Research & Therapy.

Changes in efficacy and symptom scores were assessed during therapy interruptions and resumptions. In addition, the investigators examined the effect of treatment interruptions on safety, specifically the reoccurrence of either post-retreatment adverse events or laboratory value abnormalities.

The majority of treatment interruptions lasted ≤2 weeks. According to daily diaries kept by patients in 2 of the studies, modest increases in RA symptoms (morning joint stiffness, tiredness, and joint pain) occurred during interruption of baricitinib or placebo in a majority of patients, but these symptoms resolved after resumption of therapy. Long-term efficacy outcomes were not affected by therapy interruptions.

A limitation of this study was the lack of assessment for the duration of time between the onset of abnormal laboratory values after interruption to normalization after resumption of therapy.

The researchers who performed this analysis suggested these findings “should serve to provide useful information for clinicians, as temporary interruption of antirheumatic therapy is common in the care of patients with RA.”

Disclosure: All 4 clinical trials in this study were designed and funded by Eli Lilly and Company. Several study authors declared affiliations with the pharmaceutical industry. Please see the original reference for a full list of authors’ disclosures. 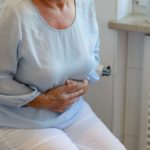