In this study, researchers reviewed baseline and 1-year data from patients in the RA-Paz study cohort to measure the following outcomes: the effect of concomitant use of conventional synthetic disease-modifying anti-rheumatic drugs (csDMARDs) on serum drug levels in patients receiving adalimumab or infliximab treatment for 1 year, the association between the use and type of concomitant csDMARDs, including the clinical response achieved after the first year of TNFi treatment, and the dose-dependent effect of methotrexate on the first two outcomes.

Sensitivity analyses were performed to determine a dose-dependent effect of MTX on the outcomes being evaluated. To measure this, participants receiving TNFi plus MTX were further classified into 2 groups according to median dose received: MTX at <15 mg per week and MTX dose ≥15 mg per week.

For each group, percentages of patients with drug levels in serum were determined. Logistic regression models were used to measure the relationship between the concomitant use of csDMARDs along with serum drug levels and clinical response, which were reported as an odds ratio (OR). Kaplan-Meier curves explained treatment survival for each group and the log-rank test was performed to compare treatment survival across the groups.

The authors found that the probability of maintaining serum TNFi levels was 2-fold in patients with MTX compared with those without MTX (OR, 2.3; P =.06) and 5-fold in patients receiving the highest MTX dose compared with patients not receiving MTX (OR, 4.9; P =.02). Overall, most patients (81%) who achieved adequate EULAR responses were treated with TNFi plus MTX. The reported probability of achieving this response was highest in the TNFi plus MTX group (OR, 3.4; P =.03).

The authors note that the main limitation of their findings was the low number of participants in the study. As a result, adjustments for possible confounders were not feasible. The authors recommended that to confirm these results, “further long-term studies including broader cohorts and also including patients in treatment with other TNFi are warranted.” 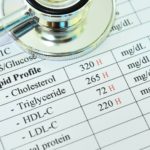