For patients with rheumatoid arthritis (RA) who are starting methotrexate (MTX) therapy, only a small number of alanine aminotransferase (ALT) tests show elevated levels, according to results published in the International Journal of Rheumatic Diseases. The results also indicated that the strongest predictor of early and recurrent ALT elevations was pretreatment elevation of ALT.

The study included participants starting MTX at a rheumatology clinic at Uppsala University Hospital in Sweden from January 2005 to April 2013 (n=213). The researchers used electronic medical records to obtain clinical and laboratory data, which were supplemented by telephone interviews. They used multiple regression analysis to identify predictors for ALT more than 1.5 times over the upper limit of normal (ULN).

During a mean follow-up of 4.3 years, 6288 ALT tests were performed. Of these, 7% have ALT levels that were higher than ULN.

Among participants who continued treatment, 70% experienced recurrent elevations. The results indicated that the proportion was similar among both participants with and without interventions (67% vs 73%; P =.43).

As a result of ALT elevation, 3% (n=7) of participants permanently stopped MTX treatment, 2 of whom were later diagnosed with nonalcoholic fatty liver disease. There were no participants who developed hepatic failure.

“The results suggest that it may be more efficient to find an individualized approach to monitoring of liver toxicity during MTX therapy in RA patients,” the researchers wrote. 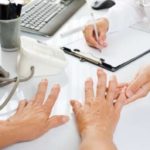