Various combinations of genes, environmental factors, and chance may affect different subsets of clinically defined immune-mediated diseases, with chance in particular playing a large role in variability among immune molecules. Although environmental exposures shape the composition of immune repertoires within the immune system, chance, or stochastic factors, randomly shape T- and B-cell receptors in unique ways among individuals.¹

In order to describe the interplay of environmental exposures, random events, and genetic variability, a team of researchers led by Lars Klareskog, MD, PhD, of the division of rheumatology, department of medicine, at the Karolinska University Hospital in Stockholm, Sweden, conducted a review examining these efforts in rheumatoid arthritis (RA). Results of this review were published in the Journal of Internal Medicine.¹

Antibodies in people with RA are typically only present in certain disease subsets, marked by complex patterns of partial overlaps and cross-reactivity.¹ Immunoglobulin M (IgM) rheumatoid factors (RFs) represent the classical hallmark of seropositive RA,¹ with immunoglobulin G (IgG) and A (IgA) RFs also typically present in this subtype of RA.¹ The presence of anticitrullinated protein antibodies (ACPA), measured using a standard anticircular citrullinated peptide (anti-CCP) assay, is primarily noted in patients who are IgM RF positive.¹ Other antibody reactivities have been noted in smaller subgroups of patients with RA; some are specific to RA and others are shared across inflammatory diseases. Taken together, multiple RA subsets can be defined by the presence of varying antibody patterns as noted by Klareskog and colleagues, with the resulting implication that “different mechanisms are involved in the generation of defined subsets of this criterion defined disease.”¹

Role of Genetics, Environment, and Lifestyle

Twin studies often provide results that can be used to draw a crude picture of the relative importance of genetics, environment, lifestyle factors, and chance. Although previous studies of RA have identified a monozygotic twin concordance of approximately 15%,² more recent population-based studies have found twin concordance of about 10% and 5% for seropositive and seronegative RA, respectively.¹ Klareskog and colleagues suggested that based on these genetic associations, the influence of both environment/lifestyle and stochastic factors “must be substantial in both subsets of the disease.”1

Klareskog and colleagues utilized both population-based and broad case-control studies in order to identify several environmental and lifestyle risk factors for RA. These results were compared with those from cohort studies, including the Nurses’ Health Study cohort. These factors and their relationship to RA-specific genes are outlined below.

Smoking risk is dependent on the amount of cigarette smoking before the disease onset as well as the risk that persists for several years after cessation.1,3 These data indicate that disease-causing events triggered by smoking may occur well before the onset of joint inflammation in RA.1 Specifically, a strong effect associated with smoking has been found in populations with anti-CCP-positive/RF-positive RA, as well as a smaller but highly significant effect in the anti-CCP-negative/RF-positive subset. Among heavy smokers, a weaker effect has been noted in a subset of patients with RF-negative/anti-CCP-positive RA.¹

One observation of interest is that within the IgG anti-CCP-positive patient subgroup, further divisions into IgA anti-CCP-positive and IgA anti-CCP-negative groups could be made. In one study, smoking was nearly exclusively associated with RA risk for the IgA anti-CCP/IgG anti-CCP double positive subset.⁴ According to Klareskog and colleagues, these results support the hypothesis that anticitrulline immune response forms at the mucosal surface after smoke exposure within the airways.¹

Silica exposure has also been investigated as a risk factor for RA and was found to be primarily associated with RF-positive and/or ACPA-positive patient subsets.⁵ A significant interaction between smoking and silica exposure was has also been observed; this combined exposure increased the risk for ACPA-positive RA more than either exposure independently.5 Variable results regarding the relationship between risk and living in a high-traffic area with greater amounts of more general air pollution have been found.¹

Analyzing the relationship between occupational risk and RA can be difficult and is often limited by the nature of exposure to potential disease-triggering agents. Follow-up studies that utilize more targeted approaches are required.¹

Numerous physical and psychosocial factors have been linked to increased RA risk.¹ Of these, the most prominent factor is general socioeconomic status. Even after adjusting for known risk factors like smoking, alcohol, and other lifestyle factors, socioeconomic status measured as education length has been found to be a reproducible risk factor for RA.⁶ Investigations of psychosocial factors, such as stress and social networks, have negligible effects on RA risk after adjusting for known RA risk factors.¹ However, investigators have found that repetitive movements, working in cold environments, and shift or night work moderately increase the risk for RA.¹

Researchers of several studies have examined the role of hormonal and reproductive factors in RA etiology; however, most of these studies failed to consider serology or genetics.¹ Breastfeeding has been associated with a decreased risk for RA in some but not all studies,1,7 and in a 2017 population-based case-control study, past oral contraceptive use was associated with a decreased risk for ACPA-positive RA, with duration of use affecting the magnitude of the decrease.1,8

Obesity, Diet, and Alcohol use

Most studies assessing weight excess as a risk factor for RA have demonstrated an increased risk for RA with obesity.¹ For some time, dietary factors have been a focus of research, but results are inconclusive and challenging to reproduce. Consumption of fatty fish and omega-3 fatty acids in particular⁹ has demonstrated protective effects against RA. More recent studies have reported an enhancing effect on RA risk with the consumption of foods with high sodium content, particularly when that diet is combined with cigarette smoking.¹⁰ Still, more stringent studies are needed before any general dietary recommendations can be issued for RA risk reduction.¹

In terms of alcohol consumption, investigators have demonstrated a dose-dependent protective effect on RA risk after correcting for other known environmental and lifestyle factors.¹¹ This effect increased with the amount of alcohol consumption to a certain level, after which effects would likely decrease.¹

Microbial Agents and the Microbiome

Researchers have long been investigating the role of microbial agents, including both viruses and bacteria, on the development of RA. One recently published systematic review found that studies of RA development following viral exposures typically have poor quality, allowing few conclusions to be drawn.¹² For bacterial infection, the most tangible relationship is found in periodontitis-associated bacteria, particularly Porphyromonas gingivalis, where citrullination enzymes from the bacteria lead to generation of citrullinated bacterial and host proteins.¹ ACPAs cross-react with these bacterium molecules, the presence of which may be responsible for triggering some ACPAs in patients with RA.¹ However, this relationship remains complex and must be further explored.

In addition, studies of the gut and lung microbiomes have demonstrated interesting results related to the relationship between varying microbiome compositions and RA presence, but no distinct properties of either microbiome have been observed prior to RA development.¹

There is a dearth of research on the effects of exercise on RA development risk, and investigators of largest of these studies “failed to demonstrate any protective effects on disease incidence, but showed that individuals involved with regular exercise programs before [RA onset] had significantly milder disease” compared with those who led a more sedentary lifestyle.¹

RA etiology depends on both genes and environment, with an obvious need to investigate these interactions in various disease subsets.¹ Such investigations, often between major environmental and genetic variations, provide a powerful way for researchers to formulate hypotheses of disease development.¹ For example, an interaction has been noted between smoking and human leukocyte antigen DR isotype (HLA-DR) alleles among patients with seropositive RA. Analyses were rapidly reproduced in white populations and have demonstrated that “gene-environment interactions between smoking and HLA-DR [shared epitope] alleles are present in all subsets defined by presence of ACPAs,” Klareskog and colleagues noted.¹

One major observation noted by Klareskog and colleagues was that in RA, as well as in other immune-mediated and antibody-associated diseases, disease-associated immunity occurs long before the emergence of disease symptoms.¹ For example, in individuals with RA, the emergence of RF and antibodies to both citrullinated perinuclear antigens and filaggrin prior to the onset of joint inflammation provides the basis for a continually expanding field of study of the gradual evolution of immunity and RA-associated symptoms.¹

As indicated by both current and accumulating data, different mechanisms may be responsible for the development of different symptoms in RA. For example, both arthralgia and bone loss have been described in patients with ACAP-positive and RF-positive RA in the years before joint inflammation onset.¹ As such, it is of particular interest, according to Klareskog and colleagues, to understand which symptoms are dependent on antibodies without the simultaneous presence of joint inflammation, as well as mechanisms that may be involved in the transition from autoimmunity to autoimmunity-associated joint inflammation to eventual RA.¹ To date, a limited number of studies have been focused on understanding how genes, the environment, and gene-environment interactions contribute to antibody emergence in asymptomatic patients.¹

One key question that remains is whether known antibody responses in RA contribute to joint inflammation, characterized by proliferation of synovial fibroblasts and invading macrophages.¹ Some research has demonstrated the differing behavior of sets of synovial fibroblasts, but it remains unclear which factors among pre-existing immune reactions may contribute to the development of joint damage and pain.¹

Looking to the Future

The opportunity to combine analyses of genetic, environmental, and genetic-environmental interactions has resulted in the “shaping of the ‘mucosal hypothesis’ for generation of the RA-associated immunity,” according to Klareskog and colleagues.¹ This research, along with an understanding of the gradual development of immunity and disease in RA, helps “formulate a model of how triggering and perpetuation of pathogenic immunity may occur.”1

“A major claim in this review is…that studies of etiologies of complex diseases like RA need to consider differences not only in genetics, but also in environment and immunity between different individuals who can be categorized into different subsets of the disease,” Klareskog and colleagues concluded. “As importantly, the same insights should provide support for efforts aimed at prevention, recognizing that different approaches will be needed for different individuals and in different phases of disease development.”

1. Klareskog L, Rönnelid J, Saevarsdottir S, Padyukov L, Alfredsson L. The importance of differences; on environment and its interactions with genes, and immunity in the causation of rheumatoid arthritis. J Intern Med. 2020;287(5):514-533.

10. Sundström B, Johansson I, Rantapää-Dahlqvist S. Interaction between dietary sodium and smoking increases the risk for rheumatoid arthritis: results from a nested case-control study. Rheumatology. 2015;54(3):487-493. 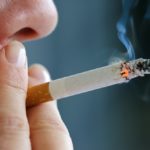