Patients with active rheumatoid arthritis (RA) and inadequate treatment response to methotrexate may have a new treatment option with LBEC0101, a biosimilar product to etanercept, according to a phase 3, double-blind, parallel-group study published in the Annals of the Rheumatic Diseases.

The estimated between-group difference in the primary efficacy end point (change from baseline in the disease activity score in 28 joints based on erythrocyte sedimentation rate at week 24) was −0.15, which was within the prespecified margin of −0.6 to 0.6.

The American College of Rheumatology 20% response rates at weeks 12, 24, and 52 were also similar between patients in the LBEC0101 and ETN-RP groups. By 54 weeks, the incidence of adverse events was comparable between the groups, although the development of antidrug antibodies was less in the LBEC0101 group (1.6%) compared with the ETN-RP group (9.6%).

One of the limitations of this study was that it was only conducted in Asia, and therefore the generalizability of the results may be limited to the Asian population and a longer-term study is necessary. However, there is an extension study that is currently being conducted for an additional 48 weeks past the 52 weeks in the present study that also evaluates switching from ETN-RP to LBEC0101 to determine the long-term safety, efficacy, and immunogenicity of LBEC0101.

“In conclusion, LBEC0101 was shown to be equivalent to ETN-RP in terms of clinical efficacy. LBEC0101 was well tolerated with a comparable safety profile to ETN-RP,” the authors stated. 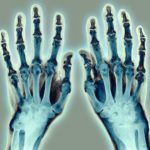