Obesity has a substantial effect on general health parameters and significantly influences the development of cardiovascular, neurologic, and metabolic disorders, but its role in rheumatoid arthritis (RA) is much more complex.

Obesity negatively influences the risk of developing RA, as well as disease activity and severity, according to Susan M. Goodman, MD, a practicing rheumatologist at the Hospital for Special Surgery in New York, New York. “Having a high BMI [body mass index] may increase the likelihood of developing RA in those who are genetically susceptible, and decrease the likelihood of achieving sustained remission for those with active RA,” Dr Goodman told Rheumatology Advisor.

Influence of Obesity on Risk of Developing RA

A 2014 review by Versini, et al3 found that obesity is a major contributing factor to the development of RA because of inflammatory mechanisms that are common to both conditions. They reported that patients with obesity “exhibit a chronic subclinical inflammatory state,” that was associated with an increased risk for many autoimmune diseases, including RA, largely through increased secretion of adipokines. The authors concluded that obese status modestly predisposed people to the development of RA and was particularly associated with seronegative anti-citrullinated protein antibodies (ACPAs), an effect that was mostly seen in women.3,4 A 2013 comparative study of 813 patients with RA and 813 controls from Michigan found that obesity accounted for 52% of the reported increase in RA in women from 1985 to 2007.5 There was even a “dose effect” reported in the Nurses Health Study II, in which exposure to ≥10 years of obesity in women age ≤55 years  correlated with a 37% increased risk for RA.6

A BMI >30 kg/m2 has been shown in several studies to have an effect on RA activity.1,2 The interactions of weight and RA are complex, explained Michael Pincus, DO, a rheumatology specialist at the Lahey Clinic in Burlington, Massachusetts, “involving adipokines, which are produced by adipose cells, and pro-inflammatory cytokines, as well as the acute-phase reactant C-reactive proteins — but their downstream role in synovitis (swelling) is yet to be defined.”

“While we don’t really understand the impact of adipokines or cytokines derived from fat on disease activity, there is a clear effect on damage mediated through impact and weight that can accelerate joint damage,” Dr Goodman said, noting that, “The effect of high BMI on damage to weight-bearing joints is additive with RA.”

The obesity paradox has been recognized across many studies of RA; not only has a BMI >30 kg/m2 been consistently associated with longer survival in RA, but all of the studies evaluated in the meta-analysis conducted by Versini, et al found that low BMI (<18-20 kg/m2) was associated with greater morbidity and mortality.3 The authors suggested that this paradox may be due to rheumatoid cachexia, whereby the ratio of fat to lean body mass is altered by RA disease activity.

Sudden weight loss is highly prognostic of poorer outcomes in RA, and may be suggestive of increasing severity. Baker and colleagues showed that a sudden change of 1 kg/m2 directly corresponded with an increased risk for mortality, and that the risk grew incrementally with the rate of weight loss.2 They reported that while rapid weight loss was indicative of “poor functional status, poor nutrition, ongoing inflammation, and/or underlying malignancy, all of which may lead to early death in patients with RA,” slower changes in weight were considered less of a concern.

The obesity paradox hinders the implementation of significant weight interventions in RA, despite many comorbid features of obesity. However, healthy guidance for weight loss is still considered important to disease management.

“I do council patients about the effects of high BMI on lower likelihood of achieving remission, and the effects of BMI — possibly mediated through adipokines — on increases in disease activity. BMI can be a significant factor for poor disease control,” Dr Goodman said.

Dr Pincus recommended setting a healthy BMI goal for patients. “The reasons for this include osteoarthritis prevention, with less stress on weight-bearing joints, as well as decreasing cardiovascular risk factors (hypertension, dyslipidemia) given this elevated risk in rheumatoid patients,” he said, adding that, “In my experience, obese patients with RA that pursue weight loss and increased physical activity often feel globally improved and have improved quality of life.”

For weight loss, Dr Pincus recommended strategies such as calorie counting using the Weight Watchers® plan or calorie-counting applications like MyFitnessPal. He also suggested the DASH diet, which emphasizes “real” proteins balanced with fruit and vegetables. “For cases of morbid obesity, I will refer patients to support groups such as Overeaters Anonymous and for medical weight loss, which includes nutritional support, and possible surgical options. I do not routinely recommend dietary supplements other than calcium and vitamin D when indicated for bone health,” he added. 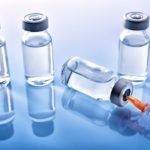