The potential benefits of cannabinoid substances have long been considered for rheumatoid arthritis (RA), following their successful treatment of other diseases involving chronic pain, such as cancer and multiple sclerosis (MS). Although preliminary evidence has found an association between the cannabinoid system and other rheumatic conditions, the studies have not provided conclusive results that could drive recommendations.1 In particular, evidence from clinical trials has been derived from small samples and has not consistently supported positive results from animal studies.1

These limitations have hampered clinical decision making for rheumatologists who treat RA, leaving them to rely on the efficacy and safety demonstrated in clinical trials in other disease states. According to Allen C. Bowling, MD, PhD, medical director of the MS Program and director of the Complementary and Alternative Medicine Service at the Colorado Neurological Institute, “For MS, we have many well-conducted studies that indicate benefit for pain and subjective spasticity.” In an interview with Rheumatology Advisor, he stated that, “…cannabis may have efficacy for multiple conditions, including RA and other ‘arthritides,’ but robust efficacy data to support use in these conditions [are] lacking.”

A 2018 comprehensive review conducted by Katz-Talmor et al1 reported that cannabinoids show potential benefits in the treatment of rheumatic diseases in general, with RA as a specific target for pain reduction. Coauthor Yehuda Shoenfeld, MD, FRCP, MaACR, Zabludowicz Center for Autoimmune Diseases, Sheba Medical Center, in Tel Hashomer, Israel, told Rheumatology Advisor, “Regrettably, though preclinical trials show great promise, there [are] no clinical data attesting to the ability [of cannabis] to reduce disease severity in RA. At the present time, recommendation for cannabinoid treatment as a disease-modifying agent in RA should not be made.”

Cannabinoid Receptors and Other Mechanisms

One of the most compelling arguments in support of the therapeutic possibilities of cannabinoids to modulate severe pain was the discovery of cannabinoid receptor sites in the human body and the presence of naturally occurring endocannabinoids that bind to them.2 In recent years, the endocannabinoid system (comprised of cannabinoid receptors and their endogenous ligands, as well as the enzymes that regulate the system) has also been linked to inflammatory conditions such as MS, atherosclerosis, inflammatory bowel disease, sepsis, and allergic inflammation, and it is believed to have a modulatory role in the development of RA.2

Two types of cannabinoid receptors appear to play a role in RA when activated: cannabinoid receptor 1 (CB1), which mediates the psychotropic effects of cannabis, and particularly, cannabinoid receptor 2 CB2, which is primarily known for its expression on immune cells.1 Gui et al2 suggested that CB2 receptors may have beneficial effects on RA through multiple mechanisms, including the production of autoantibodies, proinflammatory cytokines, and matrix metalloproteinases. The same study noted other possible benefits of cannabinoids via suppression of bone erosion and immune response mediated by T cells and the proliferation of fibroblastlike synoviocytes, which are known to engage immune responses and actively promote joint destruction.2

Although many researchers suspect that cannabinoids may have multiple beneficial effects on disease activity, there is little clinical evidence. Results of a single controlled trial conducted in 2006 by Blake et al3 demonstrated significant reduction of both pain and suppression of RA disease activity with the use of an oromucosal cannabinoid spray, Sativex®, derived from a formulated extract of the cannabis sativa plant containing delta-9-tetrahydrocannibinol (THC) and cannabidiol as the principal cannabinoids.

An important subset of patients with RA who are likely to benefit from cannabinoids are those already consuming opioids, due to a possible synergistic effect between cannabinoids and opioids that causes augmentation of pain reduction.5,6 Dr Shoenfeld added that, “epidemiological analysis revealed that states [that] implemented medicinal cannabis laws [have] a lower rate of mortality due to opioid overdose.7 Ergo, patients receiving opioids should be targeted for potential cannabis treatment in an effort to reduce their opioid dependency.”

Potential for addiction, however small, is a serious concern when prescribing cannabinoid therapy. “Approximately 9% of cannabis consumers will [have] cannabis dependence,”9 Dr Shoenfeld reported, noting that patients considering cannabis treatment should be informed regarding the potential adverse effects. “A devastating adverse effect is the potential triggering of schizophrenia or psychosis,” he said, “thus, physicians must warn patients prior to cannabis treatment.4 Cannabis consumption is also associated with alcohol abuse, [and] patients self-medicating with cannabis might be at risk for ethanol-cannabis interaction.4,10 Simultaneous consumption of cannabis and alcohol can potentially increase THC plasma levels and should be avoided.10 Patients should also be cautioned against driving under the influence of cannabis, since cannabinoids consumption is associated with increased risk for car accidents.”4

Dr Bowling pointed out that drug interactions with cannabinoids remain poorly understood. “Staff at state dispensaries generally lack any significant training, yet make specific recommendations, many of which are not evidence based and some of which are dangerous. Products from state dispensaries may [also] contain contaminants, including pesticides, microbes, mycotoxins, heavy metals, and solvents. In the end, I present the objective information and have patients decide on their own,” he said.

Barriers to Acceptance of Cannabinoid Therapies

Physicians have remained reluctant to use cannabinoids despite evidence of potential benefits in RA, which according to Dr Shoenfeld, can be attributed to 2 key factors: “The main reason in our eyes is the paucity of data, with only 1 clinical trial published thus far.2 Current clinical data simply do not suffice for recommendations to be made regarding cannabinoid treatment in RA.”

An additional challenge is a lack of physician training in the appropriate use of cannabinoids. Dr Shoenfeld pointed to a survey of 258 American residents and fellows in which 89.5% of physicians responded that they lacked confidence in prescribing medical cannabis.11 “Furthermore, 84.9% of participants declared they received no medical education regarding cannabis during medical school nor during their period of residency.8 Similar concerns were voiced in a survey of Canadian rheumatologists, with 70% of physicians stating their lack of confidence regarding their knowledge in cannabinoids.12 Therefore, incorporation of cannabinoids in the medical practice for RA requires not only additional clinical data but also proper medical training and quantification of dosing.”

Dr Shoenfeld noted that, “hesitancy is prudent while recommending cannabis as an analgesic in RA. Currently only 1 clinical trial examined the efficacy of cannabinoids in pain reduction in [patients with RA].”2 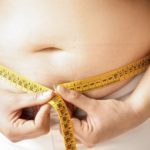