Although the rate of screening for hyperlipidemia in patients with rheumatoid arthritis (RA) did not differ from that in the general population, rates of screening were generally poor, according to study results published in Rheumatology.

Patients with RA have an increased risk for cardiovascular disease compared with the general population. The study results highlight the need to increase awareness of cardiovascular risk in RA and to screen more thoroughly for risk factors such as hyperlipidemia.

The longitudinal study included a population-based cohort of participants with RA in British Columbia between 1996 and 2006 (n=5587) matched with general population controls (n=5613). Participants were followed until 2010. The researchers used administrative data to measure compliance with general population guidelines (lipid testing every 5 years for women ≥50 years and men ≥40 years) after they excluded participants with previous diagnoses of diabetes, coronary artery disease, or hyperlipidemia. They used Chi-square testing to compare compliance rates in RA.

Compared with the general population, screening rates improved over time to 65.8% in 2003 for participants with RA, although that rate is still suboptimal.

The mean compliance rate was 56.6% in participants with RA and 59.5% in controls. Family physicians ordered almost all lipid tests.

The researchers found that living in the Northern Health Authority area, having a higher socioeconomic status, having ≥1 comorbidities, having a hospitalization in the past year, seeing a rheumatologist in the past 5 years, and having no clinician visits in the last year were all significant predictors of not receiving screening. The odds of receiving screening increased until age 58 and then decreased. 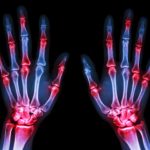