Lung ultrasound represents a valid method for detecting interstitial lung disease (ILD) associated with rheumatoid arthritis (RA) and could serve as an alternative to lung function testing (LFT) and high-resolution computed tomography (HRCT), according to findings from a study published in Clinical Rheumatology.

In this cross-sectional, observational study, researchers from Spain evaluated a cohort of patients with RA-ILD (n=35) and patients with RA but without ILD (n=36) using HRCT, LFT, and lung ultrasound. The primary variable – utility of pulmonary ultrasound scores – was based on the number of B lines. Researchers performed a receiver operator characteristic curve analysis to establish a cutoff point of the ultrasound B-lines for the detection of significant RA-ILD, while intercostal spaces were identified using logistic regression analysis.

A limitation of this study included the investigators’ inability to distinguish whether B lines were caused by edema or fibrosis.

The investigators concluded that the simplified scoring system used in this study, which evaluates 10 intercostal spaces instead of 72, may be a helpful approach for the detection of RA-ILD as “from a technical viewpoint, examining so many intercostal spaces is very time-consuming and laborious.” 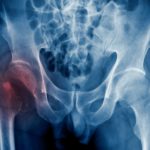 Reducing Risks for Osteoporosis and Fractures in Rheumatoid Arthritis