While Disease Activity Score (DAS) models have shown moderate precision in large cohorts of patients with rheumatoid arthritis (RA), rheumatologists have raised concerns about its precision when applied to individual patients. Composite scores may inaccurately reflect higher disease activity because of a range of factors such as gender, neuropathy, comorbidities, fixed joint damage, and psychological and physical distress.1 The subjective components of DAS models, especially the patient global assessment of well-being (PtGA), are particularly susceptible to these effects. The PtGA has demonstrated relatively low reliability and poor correlation with the physician global assessment, and it may lead to inappropriately low rates of remission. Similar issues have been found with the tender joint count (TJC).1

“These problems are largely mediated by higher patient-assessed pain perception and catastrophizing, fatigue, and poorer mood, variables that define the criterion distress,” stated William S. Wilke, MD, retired senior staff physician at Cleveland Clinic Orthopedic and Rheumatology Institute, in a paper that was recently published in the Journal of Clinical Rheumatology.1

Depression and higher perceived pain, for example, have been linked to disproportionate increases in the PtGA and TJC and thus artificial inflation of the DAS composite score, and discordance between the physician’s and patient’s judgment of disease activity. Patient-reported outcome measures including the Routine Assessment of Patient Index Data 3 (RAPID3) are subject to similar influence from pain and comorbidities.

Other measures have shown greater construct validity, such as C-reactive protein, changes in the swollen joint count (SJC), and the multibiomarker disease activity (MBDA) test.

Several potential solutions for clinicians are described in the paper, including the following:

In summary, when the subjective and “objective measures of DAS model indices are discordant, that is, the subjective measures are determined to be inappropriately high, recognize and treat them, separately and differently, especially for patients with higher disease activity scores,” Dr Wilke wrote. “These solutions are designed to limit inappropriate overtreatment and facilitate better control of pain and distress due to treatable factors that are not intrinsically related to biological RA disease activity.”

Rheumatology Advisor interviewed Dr Wilke to further discuss the points made in his paper.

Rheumatology Advisor: What are a few examples of studies that illustrate the limitations of DAS in assessing disease severity in RA?

Comorbid fibromyalgia syndrome (FMS) was associated with inappropriately aggressive treatment with biologics in a prospective analysis of 162 people with RA.2 Treatment decisions were based on 28-joint count DAS (DAS28), which was higher in the 15.4% of patients with concomitant FMS. The patients with both RA and FMS were characterized by disproportionately higher TJC and visual analog scale for pain. Despite finding a higher prevalence of radiographic erosions in the non-FMS cohort, biologics were more frequently used in the FMS cohort. This study clearly demonstrates that high DAS28 in the comorbid FMS cohort was mediated by centrally-mediated pain, not by biological RA disease activity.

In a prospective analysis of 668 people with RA, the authors discovered that eventual low disease activity and remission were significantly less likely in the 18% of those with comorbid FMS.3 At baseline, the FMS cohort demonstrated higher scores on the DAS28, Simplified Disease Activity Index, Clinical Disease Activity Index (CDAI), and the Health Assessment Questionnaire-Disability Index compared with patients without FMS. The internal consistency was low in these indices. The TJC and PtGA were significantly higher than expected compared with the erythrocyte sedimentation rate and SJC in the FMS cohort. It is reasonable to postulate that disproportionately higher PtGA and TJC due to noninflammatory higher central pain mechanisms would not be expected to respond as robustly to anti-inflammatory treatment as the same components in the non-FMS cohort. Thus, the FMS cohort DAS28 would continue to indicate higher disease activity.

Comorbid FMS can also obfuscate attaining DAS improvement criteria. Previous studies have made the case that patients who fail therapy with a biologic agent due to adverse events experience a better response to a second biologic agent than do patients who failed therapy because of a poor clinical response.4,5 If we concede that FMS is comorbid in approximately 20% of the entire RA population, we might expect some of the inefficacious response of the DAS to be due to central pain mechanisms that produce noninflammatory disproportionately high PtGA and TJCs. The new emergent cohort of poor responders would have an enriched prevalence of FMS, substantially higher than 20%, resulting in even higher inefficiency in the second round of biologic therapy by the same mechanism. The patient subset that failed therapy because of adverse events, however, is likely to maintain the original prevalence of FMS at 20% and would be more likely to exhibit a better response to the second biologic.

In a recent prospective analysis of 1466 veterans, the authors ascribed higher RA disease activity, in part measured as the DAS28, solely to cigarette smoking.6 However, the study failed to control for depression and fibromyalgia.7 Both severe depression and FMS have been demonstrated in smokers compared with the general population.8,9 A higher prevalence of these factors in the RA-smoker population would be expected to increase the DAS28 by inflating subjective symptoms. The authors didn’t report individual components of the DAS28 but did report that the erythrocyte sedimentation rate did not correlate with the smokers’ higher DAS28, consistent with the inflated subjective component hypothesis. This analysis might also explain why smoking is paradoxically associated with higher index measures but it is often not associated with increased joint damage.10

Remission will also be underestimated when PtGA, and often TJC, are inflated due to disproportionate high pain often associated with low mood and high distress. In the most recent corroborative analysis, 87 of 428 people with RA in DAS28-erthrocyte sedimentation rate remission were further dichotomized to Boolean remission or nonremission.11 Patients classified as Boolean remission had lower scores for depression, anxiety, fatigue, pain visual analog scale, PtGA, and polysymptomatic distress than did patients who did not meet Boolean remission criteria. Multivariate analysis demonstrated that high depression and PtGA, not necessarily associated with RA biological disease activity, were negative independent predictors of achieving classification as Boolean remission.

Rheumatology Advisor: What are the main implications of these issues for clinicians?

Dr Wilke: First, the practicing physician must be reminded that “treat-to-target” was meant to be a strategy to minimize long-term joint damage. Next, they must remember that the aggregate composite index final numeric score is made up of both subjective and objective component scores. These should be considered separately.

As an example, a patient has RA complicated by depression and fibromyalgia. Let’s analyze the patient’s CDAI:

Next, we  treat the patient in a blinded manner (evaluator not aware) with a moderate dose of narcotic for 1 week and recalculate the CDAI:

The patient may feel better, but treatment has not changed the objective trajectory of long-term joint damage.

It follows from this discussion that the physician/evaluator must examine separately each component in the index. If the congruity/internal consistency is poor (usual case is discordantly high subjective components), the score has been inflated by pain augmentation. It is then necessary to search for the factor(s) responsible, usually comorbid fibromyalgia or depression/anxiety. Once unmasked, these comorbidities can be treated. In doing so, the physician is treating the whole patient.

Rheumatology Advisor: What are some ways in which these issues may be addressed?

Dr Wilke: As indicated in the manuscript, other ways to deconstruct DAS model indices, such as the M-DAS, DAS28-P, and calculating the difference between or relative numerical size of the TJC and SJC, are all steps in the right direction. The addition of measures of mood (such as the SCL-36 and PHQ-9), as well as the PSD measure of distress, to patient databases can also help.

Rheumatology Advisor: What should be next steps in terms of research on this topic?

Dr Wilke: The next steps are already in progress as demonstrated in 2 very contemporary publications, including one showing that high fear scores on a newly developed patient reported outcomes were associated with psychological distress.12 This questionnaire could be useful both in routine practice and clinical trials. The other study found that psychological well-being was a very important factor associated with RA disease activity and should be routinely evaluated.13

New questionnaire instruments that include and emphasize questions about mood will facilitate separating the subjective from the objective components in any composite index. Personally, I would like to see the PSD added to most research database protocols.

11. Inanc N, Yilmaz-Oner S, Can M, Sokka T, Direskeneli H. The role of depression, anxiety, fatigue, and fibromyalgia on the evaluation of the remission status in patients with rheumatoid arthritis. J Rheumatol. 2014;41(9):1755-1760. 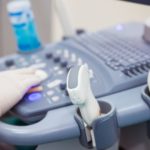