The study included participants with RA from the Rhumadata® registry who were prescribed either abatacept or a TNFi (adalimumab, certolizumab, etanercept, golimumab, or infliximab). The primary outcome was adherence with abatacept and TNFi treatment, and secondary outcomes included the proportion of patients discontinuing therapy, reasons for discontinuation, and predictors of discontinuation.

The researchers defined adherence as the time from initiation to discontinuation of biologic therapy. They used Kaplan-Meier methods to estimate cumulative persistence rates, which were compared using the log-rank test.

Of 705 participants, 92 were prescribed abatacept and 613 were prescribed a TNFi. Of all participants, 317 met the criteria for second-line biologic agent initiation (105 for abatacept, 212 for TNFi). The researchers did not note any clinically significant differences in baseline characteristics between treatments with first- or second-line biologics.

The results indicated that persistence was similar between the first-line biologic treatments (P =.7406). However, as a second-line biologic, abatacept had significantly higher adherence compared with TNFi (P =.0001).

“The results from the unselected population in this study support the clinical trial data and are more generalizable to patients found in clinical practice,” the researchers wrote. 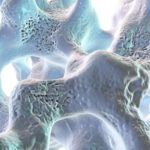