The approach to difficult-to-treat (D2T) patients with rheumatoid arthritis (RA) needs to be personalized, as many such patients remain difficult to treat despite an intensive treatment strategy. A review was conducted of all consecutive patients with D2T RA who were treated at Keio University Hospital in Tokyo, Japan, from 2016 to 2017. Results of the study were published in the journal Rheumatology (Oxford).

The investigators sought to examine the clinical characteristics of patients with D2T RA and the utility of real-world switching of agents with different modes of action. They studied the clinical features of these patients and assessed the usefulness of changing medications based on mode of action. Consecutive patients with RA were diagnosed based on the 1987 American College of Rheumatology criteria and/or the 2010 European League Against Rheumatism (EULAR) criteria.

D2T RA was defined according to the EULAR definition, which used disease activity score for 28 joints (DAS28) and/or clinical disease activity index (CDAI) at a patient’s most recent medical visit. Those with D2T RA were divided into 3 groups, which were based on the following reasons for the difficulty to treat: multidrug resistance, comorbidities, and socioeconomic reasons.

Of 1709 patients with RA who were evaluated, 10.1% of them had D2T RA. Reasons for D2T RA were multidrug resistance in 34.1% of participants, comorbidities in 9.8% of individuals, and socioeconomic reasons in 56.1% of patients.

The researchers concluded that based on the results of this study, which demonstrated that approximately 10% of patients with RA in the real world are considered to be D2T despite intensive therapy, a personalized approach to each patient is required.

Disclosure: Some of the study authors declared affiliations with biotech, pharmaceutical, and/or device companies. Please see the original reference for a full list of authors’ disclosures. 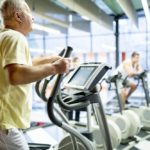