In various professional guidelines and treat-to-target recommendations for rheumatoid arthritis (RA), the ultimate treatment goal is a state of remission as indicated by minimal or no disease activity.1 However, accumulating evidence suggests that although Disease Activity Score in 28 joints (DAS28) metrics represent the gold standard in defining RA outcomes, they do not accurately capture a state of true remission like the American College of Rheumatology/European League Against Rheumatism (ACR/EULAR) remission criteria do “in terms of residual joint swelling nor regarding physical function, joint damage, quality of life or comorbidities,” wrote Daniel Aletaha, MD, and Josef S. Smolen, MD, of the University of Vienna in Austria, in a commentary published Nature Reviews Rheumatology.1

Thus, the use of this tool may have a negative effect in clinical trial analyses. For example, study results have shown that many patients with DAS28 scores of <2.6 have residual swollen joints and associated progression of joint damage.2 Other research found histologic and transcriptional evidence of subclinical synovitis in 27% of patients with RA who had DAS28 scores of <2.6.3

Aletaha and Smolen noted in their review1 that while EULAR recommends tapering of biological disease-modifying antirheumatic drugs (bDMARDs) once patients have achieved sustained remission, patients whose DAS28 scores do not demonstrate deep remission (ie, DAS28 of <2.0) are likely to experience flares when bDMARDs are tapered.4 Conversely, such flares are rare in patients “with remission defined using the ACR-EULAR index definitions, which thus already reflect ‘deep’ remission.”1

Another limitation of using DAS28 is that the type of therapy can have a significant effect on outcomes. For example, because Janus kinase (JAK) inhibitors normalize C-reactive protein (CRP) but not erythrocyte sedimentation rate (ESR) at the group level, remission is achieved nearly 4 times as often in JAK inhibitor trials when defined as DAS28-CRP <2.6 vs DAS28-ESR <2.6.1

“It is time to either stop misusing the term remission or abandon definitions that do not reflect the actual meaning of this term,” Aletaha and Smolen concluded in their 2019 review.1 “Only then will the clinical and research objectives regarding remission be accomplished.”

To further explore these issues as well as potential solutions, we interviewed Arthur M. Mandelin II, MD, PhD, RMSK, RhMSUS, associate professor of medicine in the division of rheumatology at the Feinberg School of Medicine at Northwestern University in Chicago, Illinois.

Some experts in rheumatology, including Dr Aletaha and Dr Smolen, suggest that the DAS28 is inadequate in assessing disease activity and defining remission in RA and suggest that clinicians and researchers stop using DAS-defined remission as a target. What are your thoughts about this?

As we begin, it is important to realize that when we speak of the DAS28, we are speaking about a metric that is used very widely in research and relied upon heavily by many government bodies across the globe in the drug approval process. The DAS28 is used very rarely in clinic. This is for the simple reason that the calculation is cumbersome, requiring square root and natural log operations to arrive at the answer. Thus, when we speak of the DAS28 we almost exclusively speak about a research target and not a clinical one.

That said, it is entirely correct that the DAS28 score is an imperfect measure of remission, and the points raised by Aletaha and Smolen are well taken. These authors correctly point out that the DAS28 does not assess joint damage, does not account for comorbidities, and does not measure function nor quality of life — these last 2 are perhaps very vaguely and subjectively factored in under the umbrella of the patient global assessment.

The issue with removing DAS28 as a target is that this is one of the very few current gold standard metrics in RA. In order to remove it from its place on the pedestal, we must have something better with which to immediately replace it, and further that replacement would need to be immediately accepted by a very large portion of the medical community and the government bodies who deal with drug approval. This is challenging because of the length of tenure of the DAS28. Any new measure, even if superior, would be new — it would lack the weight of years and the widespread acceptance that the DAS brings to the table. A new measure would, in essence, have to embark on something analogous to a political campaign in order to raise awareness of its existence and obtain buy-in from the community before it could “officially” replace the DAS28.

What are some recommended alternatives to the current approach?

There is currently no single alternative that could replace the DAS28 by adding to the discussion the data we seek regarding damage, function, quality of life, and comorbidities. Instead we have many different metrics available, many of which are useful and respected but each of which targets only 1 of these 4 domains. We could achieve our ends by employing the best of each of these — and indeed this is routinely done in research — but this would mean keeping the DAS28 and adding 4 more scoring systems. Clearly, this would not fit into the context of an office visit and we would still be left with the problem of needing to then synthesize the 5 resulting scores into a useful and actionable clinical gestalt.

What should be the focus of future work in this area?

The challenge will be to come up with a simple and rapid metric that encompasses all the domains we would want to measure. This may be an impossible task, as the 2 competing needs of comprehensive evaluation vs clinical utility are in many ways mutually exclusive. The solution is almost certain to be 2-pronged. The research world will need to continue to measure exhaustively, using multiple different instruments and consuming an inordinate amount of time and effort to do so, and the clinical world will need to be provided with some new instrument that can be used to rapidly facilitate in-the-moment medical decision making.

One possible way to construct an instrument for clinical use that would be more comprehensive yet still usable in the context of an office visit might be to utilize computer adapted testing (CAT). This has the potential to significantly shorten the number of questions that need to be asked by designing the questions so that they will be presented in an interdependent manner, wherein the instrument changes as it is being used. Each question presented depends upon the answer to the previous question. For example, a patient would be asked how much difficulty they have in running only if their response to a previous question about how much difficulty they have in walking fell below a certain threshold. A person who struggles to walk clearly does not need to be asked about running. In this way, a long and onerous survey can be shortened to one that asks fewer questions and yet a reasonable result can still be obtained.

2. Aletaha D, Smolen JS. Joint damage in rheumatoid arthritis progresses in remission according to the Disease Activity Score in 28 joints and is driven by residual swollen joints. Arthritis Rheumatol. 2011;63(12):3702-3711. 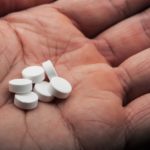