The results indicated that in patients with RA treated with CZP, rapid improvements in clinical, patient-reported, and musculoskeletal ultrasound outcomes were maintained through 52 weeks of follow-up.

The study included participants with moderate to severe RA from CZP-SPEED (ClinicalTrials.gov identifier: NCT01443364) who were biologic-naïve and had not responded to at least 1 disease-modifying antirheumatic drug (DMARD) treatment.

Participants received CZP 400 mg at 0, 2, and 4 weeks, then 200 mg every 2 weeks concomitantly with methotrexate. The researchers sought to identify the time point of clinical response (decrease in 28-joint Disease Activity Score [DAS28(ESR)] ≥1.2) that was most predictive of a clinical response at 52 weeks.

The results indicated that the predicted 52-week response for early responders (from 2 weeks onward) was between 65% and 70%.

Participants showed rapid improvements in joint cavity widening and power Doppler signal at 8 weeks, which were maintained through 52 weeks. Cartilage damage and bone erosion were stable over 52 weeks.

“The DAS28(ESR) results demonstrate that there was a ‘predictive window’ between week 4 and week 12, which was the most predictive of a long-term response to treatment,” the researchers wrote. 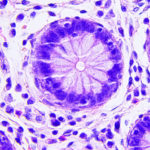