Sustained remission after cessation of disease-modifying antirheumatic drugs (DMARDs) is achievable in approximately 10% to 20% of patients with rheumatoid arthritis (RA), according to study results published in RMD Open.

Researchers from the Netherlands performed a systematic literature review of 14 clinical trials and 5 observational studies that reported on DMARD discontinuation in patients with RA who achieved remission. The prevalence of DMARD-free remission and its sustainability were identified across studies. In addition, the researchers assessed disease flares during tapering and following DMARD cessation. Potential predictors for DMARD-free remission were also assessed in the included studies.

Between 41.8% and 75.0% of patients experienced flares during DMARD tapering. Flares were also reported in 10.4% to 11.8% of patients in the first year after DMARD-free remission was achieved. Late flares, or flares that occurred >1 year after stopping DMARDs, occurred in only 0.3% to 3.5% of cases. Patient-level factors associated with the chance of DMARD-free remission achievement included the lack of autoantibodies and HLA-shared epitope alleles.

Limitations of this study were the lack of a meta-analysis given substantial heterogeneity in the studies, the inclusion of only a small number of studies, and the researchers’ inability to determine how long remission should be sustained before DMARDs are tapered.

The researchers of this review study added that “DMARD-free remission can become an important outcome measure for clinical trials, though this requires consistency in the definition. We propose to incorporate a DMARD-free follow-up period for at least 1 year, to ensure that DMARD-free remission is sustainable.” 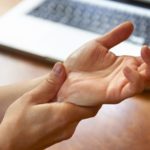