Rheumatoid arthritis (RA) is associated with an increased risk for hospitalization because of heart failure, according to a cohort study published in the Journal of the American Heart Association. The results of the study add to a significant body of evidence that rheumatoid arthritis is a clinically relevant risk factor for heart failure.

The study included the entire Danish population aged >18 years. Participants were followed from January 1, 2008, until December 31, 2012, or until first hospitalization for heart failure, emigration, or death. Patients with a diagnosis of heart failure at baseline were excluded (n=56,644), making the total number of eligible participants 4,305,225. The researchers compared patients diagnosed with RA between 1978 and 2008 (n=24,343) with the control group (n=4,280,882).

“These findings add to the existing evidence of RA as a clinically relevant risk factor for [heart failure,] and studies of the value of more-vigilant screening of these patients for HF are warranted,” wrote the researchers. 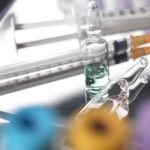