Patients with rheumatoid arthritis (RA) and psoriatic arthritis (PsA) are likely to have subclinical myocardial dysfunction despite a lack of traditional cardiovascular risk factors, according to results published in Atherosclerosis.

In this patient population, disease activity is the main predictor of myocardial strain impairment.

Participants with PsA who had high disease activity had impaired GLS and GCS compared with healthy controls, and GLS was a predictor of cIMT in these participants.

“Overall, our results clearly confirm a role for the inflammatory burden in both subclinical endothelial and myocardial dysfunction in these patients, hence providing a rationale for the utilization of STE assessment for the [cardiovascular] risk assessment in [inflammatory joint diseases],” the researchers wrote. 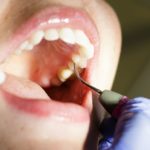