Although safety and efficacy data of patients who were treated with etanercept vs placebo patients are similar between elderly and nonelderly patients with rheumatoid arthritis (RA), patients who are advanced in years might be more likely to experience certain adverse events (AEs), according to research published in Drugs and Aging.

Researchers aimed to assess the safety and efficacy of etanercept therapy in patients who are older with RA. Efficacy was examined using data from the T2T, PRESERVE, and PRIZE studies (NCT01578850, NCT00565409, and NCT00913458); safety analyses were conducted by pooling data from 19 completed, randomized, placebo-controlled or conventional synthetic disease-modifying antirheumatic drug-controlled industry sponsored studies of etanercept.

The 3 studies included in the efficacy analysis included 1491 adult patients; within the total cohort, 7.6%, 6.7%, and 14.7% of patients in the T2T, PRESERVE, and PRIZE clinical trials were aged ≥65 years or older. Patient demographics were “broadly similar” across all studies, with the exception of RA disease duration, which was lower in the PRIZE study vs in T2T or PRESERVE (6.5±2.9 months vs 8.0±6.8 and 6.9±7.0 years, respectively).

No significant differences in either Disease Activity Score in 28 joints-erythrocyte sedimentation rate (DAS28-ESR) or Health Assessment Questionnaire Disability Index (HAQ-DI) scores were noted between age groups, although HAQ-DI scores were higher in PRESERVE among patients who were elderly vs nonelderly (1.3 vs 1.1, P =.020). Least squares mean changes from baseline in DAS28-ESR scores were similar between age groups across all studies, and least squares mean changes from baseline HAQ-DI scores were consistently lower among elderly patients.

Modified total Sharp score data were only available in the PRIZE and PRESERVE studies, and no significant changes from baseline between the age groups were noted, with no clear indication of higher rates of radiographic progression in 1 age group vs the other.

Among patients treated with etanercept, there was a significant difference in AE occurrence between age groups. The most common AEs were allergic reactions, injection site reactions, and nonserious infections, which were each reported in ≥25 patients in each patient group. Leukopenia, interstitial lung disease, congestive heart failure, nonmelanoma skin cancers, serious infections, pruritus, and elevated liver enzymes were common (reported by at least 1 patient). Following stratification by treatment type, 4 AEs — congestive heart failure, nonmelanoma skin cancers, serious infections, and interstitial lung diseases — were 3 to 7 times more likely to occur in patients who were elderly vs nonelderly. Neutropenia and pruritus were more likely, but not significantly more likely, to occur in elderly patients.

Study limitations included the “relatively small number of elderly patients in the included trials,” according to researchers, as well as the wide variations in the design of the trials.

“[O]verall, there were no substantial differences in the efficacy or safety of etanercept … although it does appear that some AEs may be more common for elderly patients receiving etanercept,” researchers concluded. “Further stratification of the data in the higher age brackets would be needed to provide information on the age at which the risk [for]  particular AEs increases.” 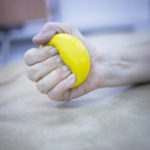