Elevated levels of certain serum sphingolipids collected from patients with rheumatoid arthritis (RA) suggest that they may play an important role in RA pathophysiology, according to results published in Rheumatology.

A second model demonstrated that age and corticoid therapy were negatively associated with HexCer; however, none of these findings remained after Bonferroni correction. No significant difference was detected between the first and second measurements of each lipid in any model.

“We could detect significantly higher levels of sphingolipids (most notably HexCer) in the serum of established RA patients as compared with controls,” the researchers concluded. “This elevation is consistent with the known roles of sphingolipids in inflammation.”

They added, “[T]he significance of serum sphingolipids as clinically useful biomarkers for RA remains unproven and its possible relationship with the cytokine environment of the different phases of the disease still has to be clarified.” 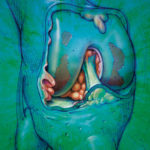