Patients prescribed statins had an increased risk for rheumatoid arthritis (RA) within the first year of statin use compared with those who were not prescribed statins, according to a recent study published in PLOS One.

The study authors wrote, “The risk [for] RA is substantially increased in the first year after initiation of statins and then diminishes to baseline, suggesting an association between statin use and an increased risk [for] RA in the first year after initiating statin treatment.” They added, “Our finding may suggest that statins can accelerate disease onset in patients susceptible to RA, but in other patients, statins are probably safe and well tolerated, even after prolonged use.” 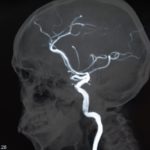 Methotrexate May Decrease Risk for Ischemic Stroke in Rheumatoid Arthritis