Research to date has established that the gut microbiome profoundly influences the host immune system1; furthermore, dysbiosis — an altered composition of the gut microbiome — has been observed in a range of disease states.2 This is not surprising, considering that approximately 90% of the cells associated with each human originate from commensal organisms, while only 10% are truly human in origin.3

But what is the exact nature of the relationship between the gut microbiome, immune system, and disease? Can gut microorganisms, coupled with other genetic and environmental factors, influence the onset and progression of certain pathologic conditions?

The answers are largely unknown and have prompted investigation into the interplay between the host microbiome and immune system. One active area of research is in rheumatoid arthritis (RA) and spondyloarthritis.4

In an interview with Rheumatology Advisor, Veena Taneja, PhD, associate professor of immunology in the Department of Immunology and Rheumatology at the Mayo Clinic in Rochester, Minnesota, discussed the latest insights about the association between the gut microbiome and RA.

Rheumatology Advisor: How much research evidence supports the association between the gut microbiome and RA?

Veena Taneja, PhD: Several studies have pointed to a low diversity of gut microbiota and dysbiosis in patients with RA.5-7 These studies have used sequencing of fecal microbiota. In patients, it is difficult to determine if gut microbiota are the cause of disease, because the autoimmune response precedes the onset of clinical symptoms by 1 to 10 years. Thus, when patients come to the clinic with symptoms, an autoimmune response has already occurred. However, the gut microbiome of patients who have not been treated with any drugs can provide some useful information: one study found an abundance of a specific microbe — Prevotella copri — in untreated RA patients.7

While patient studies have been limited, studies in germ-free mice, as well as mouse model studies for arthritis, have pointed to a role of gut microbiota in arthritis onset and disease severity. Segmented filamentous bacteria have been shown to lead to arthritis in a mouse model with background genes for predisposition.8

Dr Taneja: As mentioned earlier, patients with RA show dysbiosis, although it is unclear if dysbiosis is the cause or effect of disease. There are millions of bacteria living on our skin and mucosal surfaces, including the gut, which provides the largest mucosal surface for microbial colonization. The gut microbial composition is controlled by many factors, including sex hormones as well as genetic and environmental factors, with diet being one of the strongest factors. Gut bacteria are involved in regulating local immune functions, as well as extraintestinal functions, via the immune system. Alterations in gut microbial composition caused by stress, antibiotics, or diet can result in inflammation, compromising epithelial permeability and exposure to luminal contents. Also, inflammatory cytokines and immune cells trafficking in the peripheral organs can trigger a local response. It remains to be determined if these responses are specific to any bacteria. Studies have shown RA is associated with a low-diversity microbial profile and expansion of rare lineage microbes.5,6

Dr Taneja: Studies with probiotics in patients with RA have not been consistent. Many studies carried out in patients have used various species of Lactobacillus or Bifidobacterium. However, while some studies have shown some useful effect of these probiotics, it has not been very significant. Supplementation with multistrain synbiotic bacteria in RA patients has shown some benefit. However, use of gut-residing commensals is still in its infancy.

Recently, a human gut–derived commensal, P histicola, has shown remarkable protection from arthritis in humanized mice.9 This commensal was isolated from the upper gut and is therefore more likely to interact with immune cells. The advantage of using a single strain is that it is easier to monitor and control adverse effects. Moreover, since microbes can proliferate at different rates, variability of expansion of multistrains in various individuals is difficult to predict and control.

Rheumatology Advisor: What are some of the mechanisms by which the microbiome may influence the progression of RA and autoimmune diseases in general?

Dr Taneja: Most of the bacteria in the gut are anaerobic and unculturable, making it hard to define the mechanism. However, one area that has gained some interest is the inflammation caused by pathogenic or opportunistic microbes. Expansion or abundance of certain microbes can cause local changes in the immune system, leading to differentiation of T-follicular helper cells that can, along with B cells, lead to generation of germinal centers and antibody production in the gut. There is some evidence from experiments done in mouse models that supports this hypothesis.10 Inflammation caused by the microbes can augment gut permeability, leading to exposure of luminal contents to systemic immunity.8,9 Also, extravasation of inflammatory gut-residing immune cells can lead to systemic inflammation involving distant organs. Genetic predisposing factors and hormones may also determine what kind of bacteria can colonize the gut and contribute to disease via the gut microbiome.11,12

Rheumatology Advisor: What types of studies still need to be conducted to fill the knowledge gap about the role of the gut microbiome in RA?

Dr Taneja: It’s clear that gut microbiota play a significant role in immune regulation and that alterations in composition can cause an abnormal immune response. Onset of RA occurs long before the actual clinical symptoms are apparent. It remains unknown if alterations in gut microbiota cause the changes in immune response that accumulate over several years before clinical symptoms of RA become obvious. Also, RA is a heterogeneous disease: some patients have progressive, severe arthritis with involvement of other organs like the heart and lungs, while other patients have mild disease. A better understanding of gut microbiota and metabolites produced by them, as biomarkers that can predict the course and heterogeneity of disease, will help bridge the knowledge gap.

Rheumatology Advisor: How can information about the gut microbiome composition be useful in informing therapeutic decision-making for patients with RA?

Dr Taneja: Gut microbiota are involved in drug metabolism. Knowledge of specific gut microbes required for activation or inactivation of the drugs used for RA patients will help determine what drug is the best option for a patient based on his or her­ intestinal microbiota. Finally, determining which beneficial microbes are missing in a patient, and supplementing those microbes, will enable an individualized treatment approach for each patient. Monoclonal microbial treatment of RA is an approach that needs to be explored. Microbes derived from the human gut are endogenous, and it is expected that they will have minimal to no adverse effects. Based on the results of humanized mouse studies with human gut-derived P histicola, such therapies will be possible in the near future.

Veena Taneja, PhD, and the Mayo Clinic have a financial interest related to one of the products referenced here (P histicola). 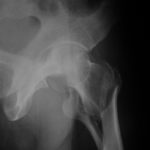