Rheumatoid arthritis (RA) affects between 0.41% and 0.54% of commercially insured adults in the US.1 RA incidence peaks between the ages of 45 and 55, with a significantly greater prevalence in women than men (2-3:1).2 Despite the advent of effective biologic therapies, achieving disease control can be a challenge in a significant portion of patients, leading to increased disability and mortality.3

RA is considered incurable and its pathogenesis is not yet clearly understood. It is believed that both genetic and environmental factors play a role in disease onset, with tobacco smoking identified as one of the more prominent risk factors.4 Other environmental and lifestyle factors implicated in RA development include exposure to occupational silica/dust and pollution, diet, obesity and medication use.5

The European League Against Rheumatism (EULAR) has proposed 6 distinct phases (A-F) of RA, characterized by the presence of genetic risk factors (phase A), environmental factors (phase B), systemic autoimmunity associated with RA (phase C), arthralgias without clinical arthritis (phase D), unclassified arthritis (phase E), and established RA (phase F).6 Research to date has shown that therapeutic intervention in the early stages of disease leads to improved clinical outcomes,6 although curative strategies have not been identified to date.

Given the chronic nature and unpredictable course of RA, ongoing research efforts are focused on the preclinical phases of RA and the search for potential preventive interventions in this therapeutic window.6 In an interview with Rheumatology Advisor, Axel Finckh, MD, associate professor of medicine, division of rheumatology at Geneva University Hospital, Switzerland, weighed in on the latest research efforts in RA prevention. The interview has been edited for clarity and flow.

Rheumatology Advisor: What are the biomarkers of early RA?

Axel Finckh, MD: Anticitrullinated peptide antibodies (ACPA) and rheumatoid factor (RF) are blood biomarkers that have been validated and are currently used in clinical practice. If both are present, or if they are present at high titers, they are predictive of future RA. There are also a number of emerging autoantibodies, such as anti-carbamylated protein antibodies and RA33 that are predictive of future disease but are not currently used in clinical practice.

Rheumatology Advisor: Which environmental risk factors, aside from various lung irritants, have been linked to the development of RA?

Dr Finckh: It seems that having chronic, severe periodontitis can predispose [an individual] to future RA. The evidence is not super solid yet, but there have been several studies to suggest that. The other more recent factor is gut inflammation, which could be related to the microbiome or other factors. There are studies showing that patients who have chronic diarrhea may be at risk of developing RA.7 Also, people with chronic airway disease, such as COPD or asthma, seem to be predisposed to future RA which points to the mucosal origin hypothesis—the idea that the disease really originates in mucosal sites and later migrates to the joints.

Rheumatology Advisor: Which pharmacologic preventive strategies have been explored in RA so far? Can any of these strategies, if implemented in the early preclinical stages, prevent the development of RA?

Dr Finckh: Two studies have been published in this area. One is with glucocorticoids which were administered in patients with undifferentiated arthritis, either orally or via intramuscular injections—this intervention did not result in a change in clinical outcomes in the long run. There was another trial on rituximab where a single infusion of 1 g of rituximab was given to patients who were RF positive and showed some signs of inflammation. At this stage, there was no strong evidence that this treatment could prevent the disease, but it did delay the disease onset.

There are also several other ongoing trials, a couple on abatacept— such as one in Great Britain8 and there is also a large trial in the United States on hydroxychloroquine.

Rheumatology Advisor: Which knowledge gaps exist in the field of RA prevention?

Dr Finckh: We still have a hard time pinpointing exactly which healthy individuals at risk need these preventive interventions. Currently, we also are unsure who should be screened or at what stage we need to intervene if we want to be effective. So, additional study of the natural history of disease needs to be done in order to understand better where and when we should intervene.

It would also be nice to show that some of the interventions in these later preclinical, undifferentiated arthritis stages have an effect. If not, I think that the thinking may be that it is already too late and that intervention has to come even earlier. We do not know this yet. 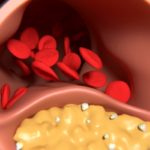