Biologic therapies, and specifically agents that target tumor necrosis factor (TNF)-a, have revolutionized the treatment of rheumatoid arthritis (RA) by alleviating the pain and stiffness associated with this chronic disease, slowing down disease progression and preventing structural joint damage.1 Data from patient registries indicates that TNF-a inhibitors are often the first biologic agents used after non-response to conventional disease-modifying drugs (DMARDs) such as methotrexate and sulfasalazine.2,3

The US Food and Drug Administration has approved 5 TNF-a inhibitors for use in RA, including infliximab (August, 1998), etanercept (November, 1998), adalimumab (December, 2002), certolizumab pegol (April, 2008), and golimumab (April, 2009). Despite their effectiveness in the majority of patients, approximately 30% to 40% of patients with RA will have to discontinue anti-TNF therapy because of intolerance or primary or secondary loss of response.4 The lack of tools/tests capable of predicting response to TNF-a antagonists prevents the delivery of personalized care to patients with RA.5

In an interview with Rheumatology Advisor, Steven C. Vlad, MD, PhD, rheumatologist at Tufts Medical Center and assistant professor of medicine at Tufts University School of Medicine in Boston, Massachusetts, weighed in on the advantages and challenges associated with anti-TNF-α therapy in RA and shared his clinical experience with this drug class.

Rheumatology Advisor: What are some of the advantages and challenges of TNF-α antagonists in RA?

Steven C. Vlad, MD, PhD: The advantages are that they are effective, simple to use, and generally pretty safe. RA is a disease in which we cannot tailor medications to each person — at least not yet. There are people who simply do not respond or do not respond as well as we would like to TNF therapy or any other therapy for that matter, so obviously that is a challenge. By the same token, some people have an initial response and then lose the response, and we are not exactly sure why that happens either. Other challenges include fear of injections: these are injectable medications and it may take people some time to get beyond that. However, most people do because injections are actually easy and pretty painless.

Rheumatology Advisor: What is the adverse event profile of TNF-α antagonists?

Dr Vlad: The adverse event profile is quite reasonable. These are medications that are certainly immunosuppressive to a certain extent, but in otherwise healthy people that tends to not be a big problem. You must remember that the risk of getting a serious infection at baseline, without any drugs, is relatively low. So, even if a patient takes one of these drugs and that risk goes up, they still have a relatively low absolute risk. Most people do not have a major problem, although a few will develop significant infections. We do have to make sure that the people who take these medications do not have latent tuberculosis because tuberculosis can be activated by their use.

Furthermore, there has long been a black box warning on many of these drugs due to concerns about cancer development, especially lymphomas, but recent research suggests that that risk is minimal at best. Several large European studies have shown that the risk for cancer with these drugs is probably nonexistent, with the possible exception of nonmelanoma skin cancers.6-8

Rheumatology Advisor: Are any tools available to rheumatologists to guide the selection of TNF-α inhibitor therapy?

Dr Vlad: Unfortunately, I am not aware of any such tools for TNF-α inhibitors or within the wider class of RA medications. I do not know whether there is a way to prioritize a drug for a given patient.

Rheumatology Advisor: How do rheumatologists decide in which patients to initiate TNF-α inhibitor therapy?

Dr Vlad: Most patients first try a traditional DMARD agent such as methotrexate, leflunomide, or sulfasalazine. If they have an inadequate response to one of those drugs, they will go on to a biologic agent or another newer medication. The choice is often a TNF antagonist and, in the United States at least, this has largely been driven by insurance companies and pharmacy benefit management (PBM) services. TNF antagonists have been the most available drugs after the initial methotrexate failure; our choice of anti-TNF drugs has also been driven by insurance companies and PBMs.

Rheumatology Advisor: In your clinical experience, how effective have TNF antagonists been in preventing radiographic progression of disease?

Rheumatology Advisor: How long is a typical trial with a TNF-α antagonist?

Dr Vlad: It can range anywhere from 1 to 3 months; 3 months is usually the maximum. Not everybody responds immediately to these medications and some people do need as much as 3 months to get a full response. Having said that, I think a lot of rheumatologists — if they see that a patient is not responding after 4 or 6 weeks — will move on to some other kind of agent.

Rheumatology Advisor: What are the options for patients who fail treatment with a TNF-α antagonist?

Dr Vlad: One option is to switch to another TNF-α antagonist, which we do sometimes. Another option is to use a medication with a different mechanism of action, such as an interleuken-6 inhibitor; a cytotoxic T-lymphocyte-associated protein 4 inhibitor, such as abatacept; a Janus kinase inhibitor; or a B-cell depleting agent. All of these can be effective in treating RA.

Rheumatology Advisor: Once RA is under control, do you ever consider taking patients off treatment for a certain amount of time (ie, a “drug holiday”)?

Dr Vlad: In patients who are essentially in remission on these medications, we often have patients who would like to try to go off medications. Unfortunately, few patients succeed; most patients who come off therapy eventually flare up again and need to reinitiate the therapy. We all have a handful of patients who have gone into permanent remission, but that is absolutely an exception and not a rule.

Drug holidays are also a complicated issue because people can develop antibodies to TNF antagonists, which are complicated molecules. We think that how often a drug is dosed can make a difference in the development of antibodies, so if people come off the drug, there is some worry about subsequent antibody development, and then if the same drug is restarted it may not be as effective.

Rheumatology Advisor: Would you like to add anything else that may be relevant to this discussion?

4. Rubbert-Roth A, Szabó MZ, Kedves M, et al. Failure of anti-TNF treatment in patients with rheumatoid arthritis: The pros and cons of the early use of alternative biological agents. Autoimmun Rev. 2019;18(12):102398. 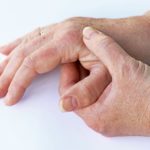 Does TNFi Monotherapy for RA Become More Efficacious With Age?