In patients with rheumatoid arthritis (RA) who are receiving treatment with tocilizumab (TCZ), the rate of occurrence of major cardiovascular (CV) events is in the range observed with the use of other biologic agents, as well as being close to the rates reported in prior analyses involving TCZ in extensions of pivotal studies. A global increase in cholesterol rates, however, has been reported in TCZ-treated patients. Results of the study were published in the journal Clinical and Experimental Rheumatology.

The investigators sought to examine the occurrence of major CV events in patients with RA who were receiving TCZ therapy. Data in the current analysis were obtained from the multicenter, observational French REGATE Registry. Additionally, they analyzed changes in total cholesterol (TC) levels, low-density lipoprotein cholesterol (LDL-C) levels, and high-density lipoprotein cholesterol (HDL-C) levels in these individuals. For the objective regarding CV safety of TCZ, participants with RA were included if they had received ≥1 TCZ infusion and had experienced a CV side effect that was defined as a major adverse cardiac and cerebrovascular event (MACCE). Ischemic stroke; cardiac ischemia (ie, angina, myocardial infarction, and acute coronary syndrome); heart failure; or CV death were all considered MACCEs, Further, TC, LDL-C, and HDL-C levels were collected in all participants at baseline, at the 3-month visit, at the 6-month visit, and at 1 year.

A total of 1496 patients with RA were included in the REGATE Registry between 2011 and 2013. The analysis was conducted in 1491 patients, because 5 individuals had no follow-up. All of the participants were treated with TCZ by infusion only. Mean follow-up was 3.75 years, which corresponded to 5591 patient-years (PYs).

During the follow-up, a total of 35 MACCEs were reported in 33 patients (2 of the participants experienced 2 CV events each), which corresponded to an incidence of MACCEs of 0.63 per 100 PYs. Overall, 23 of these 35 MACCEs were ischemic strokes (0.41 per 100 PYs), with 65 being transient ischemic attacks. The remaining 12 events were cardiac ischemia (0.21 per 100 PYs). No instances of heart failure or CV death were reported. Mean time from initiation of TCZ to occurrence of the MACCE was 2.3 ± 1.3 years. The median time from the last TCZ infusion and the MACCE occurrence was 73 days (range, 0 to 43 days).

Limitations of the study included data available for cholesterol components, and the low number of MACCEs, which could prevent identification of risk factors associated with MACCE because of lack of power.

The investigators concluded that in spite of a global increase in all cholesterol levels associated with TCZ treatment, in current practice, CV events occurred at a predictable rate in patients with RA. 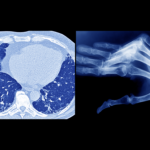