It is estimated that by 2050, the global population older than 60 years will more than double to 2.1 billion.1 As the aging population continues to expand, the number of individuals living with dementia has increased to approximately 50 million.1 Dementia “is now one of the leading challenges to healthcare systems and is one of the foremost health concerns of the general public,” with a projected global cost of more than $1 trillion in 2018, and the “health and social care cost of dementia…[is] now higher than [that of] cancer and cardiovascular disease combined,” wrote the authors of a recent paper published in Autoimmunity Reviews.1

The therapies currently available for symptoms of dementia are limited to acetylcholinesterase inhibitors for mild to moderate Alzheimer dementia (AD), and the N-methyl-D-aspartate receptor antagonist memantine for severe cases or for patients who are unable to tolerate acetylcholinesterase inhibitors.1 However, any improvement in symptoms is typically transient, and there are no recommended therapies for other types of dementia.

The World Health Organization has identified dementia as a public health priority and supports research to improve treatment.1 The recent review noted that dementia research is fraught with challenges such as the need for long-term follow-up and variability in cognitive outcomes and dementia types. “Advancement is likely to require a collaborative approach internationally, but perhaps also across disciplines by learning lessons from other pathologies and extending these lessons learnt to research and treatment for dementia,” the authors stated.1

Emerging evidence suggests that therapies used in the management of inflammatory rheumatic disease may have value in the treatment of dementia, which is also known to involve inflammation. In addition, a higher incidence of dementia has been observed in individuals with rheumatoid arthritis (RA) compared with the general population (odds ratio[OR], 1.11; 95% CI, 1.10-1.22; P <.05).1 “If dementia is driven by inflammatory processes, this makes [patients with RA] a model population to study dementia as the incidence is higher and it would be expected that dementia would progress more quickly” because of the elevated levels of systemic inflammation that characterize RA, the authors noted. “This might allow studies of therapeutic interventions for dementia to be assessed more rapidly in the RA than [in] the general population.”

Following study results demonstrating the role of inflammation in the pathogenesis of cardiovascular disease (CVD) in patients with RA, researchers examined the effects of immunosuppressants on CVD in this group. Tumor necrosis factor (TNF) inhibitors2-4 and several conventional synthetic disease-modifying antirheumatic drugs (csDMARDs) including methotrexate, sulfasalazine, and hydroxychloroquine appear to be protective against CV events,5-8 whereas prednisone may increase CV risk.9

Study results pertaining to RA drugs and dementia risk have been varied thus far. In a retrospective population-based study of patients with RA in the United Kingdom that compared 8312 csDMARD users with 1938 nonusers over a median period of 6.5 years, the csDMARD group showed reduced dementia risk (hazard ratio[HR], 0.60; 95% CI, 0.42-0.85), with the strongest effect found in methotrexate users (HR, 0.52; 95% CI, 0.34-0.82).10 However, results of other studies regarding the effects of csDMARDs on dementia risk have been mixed.1

Biologics have shown promise in findings from a nested case-control study that compared patients with RA and with AD with those with RA but no dementia. A lower risk for AD was noted among patients exposed to TNF inhibitors, particularly etanercept (OR, 0.30; 95% CI, 0.08-0.89; P =.02).11

The effectiveness of TNF inhibitors has also been demonstrated for inflammatory eye disease, psoriasis, and Crohn disease. “There are a range of immunosuppressive medications already being used to treat inflammatory rheumatic disease which could be investigated and repurposed for use as treatments in other diseases” including AD, the authors stated. “Research directed at identifying the key inflammatory molecules and cells involved in cerebral inflammation in dementia could inform future research so that targeted therapies can be developed.”

Rheumatology Advisor spoke with one of the authors of the review, Chris Edwards, BSc, MBBS, MD, FRCP, a clinical rheumatologist and rheumatology professor at University Hospital Southampton in the United Kingdom, for additional insight on this topic.

Rheumatology Advisor: What do findings suggest thus far regarding the role of inflammation in the pathogenesis of dementia?

Dr Edwards: We know that inflammation plays a role in the pathogenesis of dementia and that patients with AD have raised levels of peripheral inflammatory cytokines such as TNF-α in their blood. In addition, cognitive function associated with AD declines when individuals are exposed to acute or chronic inflammatory insults.

Rheumatology Advisor: What have studies found regarding the use of therapies for inflammatory rheumatic diseases as potential therapies for dementia?

Dr Edwards: So far there are epidemiologic studies that suggest that csDMARDs such as methotrexate and TNF inhibitors may reduce the amount of dementia in patients with inflammatory illnesses like RA. Not all studies show the same effect, but overall this seems to be true. There has also been a phase 2 study of etanercept to treat AD.

Rheumatology Advisor:  What are remaining research needs regarding this topic?

Dr Edwards: A proper randomized trial to look further in this area is needed. We are currently involved in a trial that looks at the effect of csDMARDs and biologic therapies on cognitive functioning in patients over 55 years of age with RA.

Rheumatology Advisor: What are additional clinical implications or other points you would like to note about this topic?

Dr Edwards: There are 2 other implications of this work. The first is that patients with RA have systemic inflammation that makes them ideal for the study of diseases that are accelerated by chronic inflammation such as cardiovascular disease and dementia. Secondly, we have a lot of very interesting therapies in rheumatology that could be repurposed for other inflammatory diseases — we just need to keep looking. 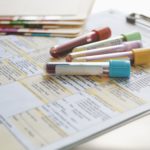