Clinical manifestations of renal involvement may be more severe in men vs women with ankylosing spondylitis (AS), despite similar prevalence of chronic kidney disease (CKD), according to study results published in BMC Nephrology.

Researchers retrospectively analyzed data of Chinese patients with AS (n=616) who received care at Peking Union Medical College Hospital between January 2002 and May 2018. Data included detailed information regarding peripheral arthritis, extra-articular manifestations, comorbidities, AS medications received by patients, physical examination, and laboratory test results. CKD was defined based on the Kidney Disease Outcomes Quality Initiative. Patients were followed-up until June 2019 or until they reached the primary outcome of all-cause mortality, doubled baseline serum creatinine, and/or dialysis initiation.

Renal dysfunction was observed in 5.4% of patients (n=33); the prevalence of renal dysfunction was 6.2% in men and 2.7% in women. Compared with women, men had lesser frequent microscopic hematuria (P <.001), more common proteinuria (P <.001), and lower estimated glomerular filtration rates (P =.04). Compared with non-CKD patients with AS, men with CKD were more likely to have hyperuricemia and hypertension, higher total cholesterol and triglyceride levels, lower serum albumin, higher erythrocyte sedimentation rate levels, and more common renal dysfunction. Among women with AS, CKD was independently associated with hyperuricemia and total cholesterol. Mean follow-up duration was 2.8±1.6 years (range, 1-7 years). All patients with renal function decline were men. A total of 7 men reached the primary outcome after 3.0 years of follow-up, 3 patients entered end-stage renal disease and received renal replacement therapy after 1.5 to 3 years, and 3 patients showed doubled creatinine levels. However, the Kaplan-Meier curve analysis did not show a significant association between sex and CKD outcome.

Study limitations included potential overestimation of CKD prevalence compared with the general population of patients with AS. Selection bias may have been introduced as a result of enrollment of more severely affected patients who needed hospitalization. The duration of follow-up was not long enough to reach the primary outcome for most patients. Longer follow-up duration is warranted to further elucidate the effect of sex on disease progression and renal prognosis in this population.

According to the researchers, this is the first study to focus on sex disparity in Chinese patients with AS. These findings could help to elucidate the potential influence of sex on clinical features, disease severity, and risk factors for CKD in this population.

“The presence of hyperuricemia was a strong predictor of renal involvement for both [sexes] of patients [with AS], while hypertension and low serum albumin are specific predictors for CKD only in patients who were men,” the researchers noted. “This study suggests that patients [with AS] with elevated uric acid and hypertension, especially in [men], may require screening for CKD and appropriate management.” 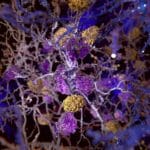