Chronic widespread pain may be prevalent in patients with ankylosing spondylitis (AS) and undifferentiated spondyloarthritis (USpA), particularly women, according to study results published in BMC Rheumatology.

The study included a total of 940 patients with AS (as defined by the International Classification of Disease, 10th version [ICD-10] M45.9) or USpA (as defined by ICD-10 M46.1-0, M46.8-9). Participants completed a postal survey that included questions on the duration, distribution, and intensity of pain. Based on their answers, participants were categorized as having chronic widespread pain, chronic regional pain, or no chronic pain.

Female gender, being an ever-smoker, and having a higher body mass index were found to be independently associated with the occurrence of chronic widespread pain in a multiple logistic regression analysis.

“The results highlight the importance of a thorough pain analysis included in the clinical examination, to identify patients with high and/or increasing pain levels and multiple pain regions,” the researchers noted. 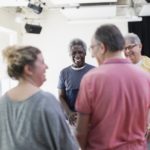